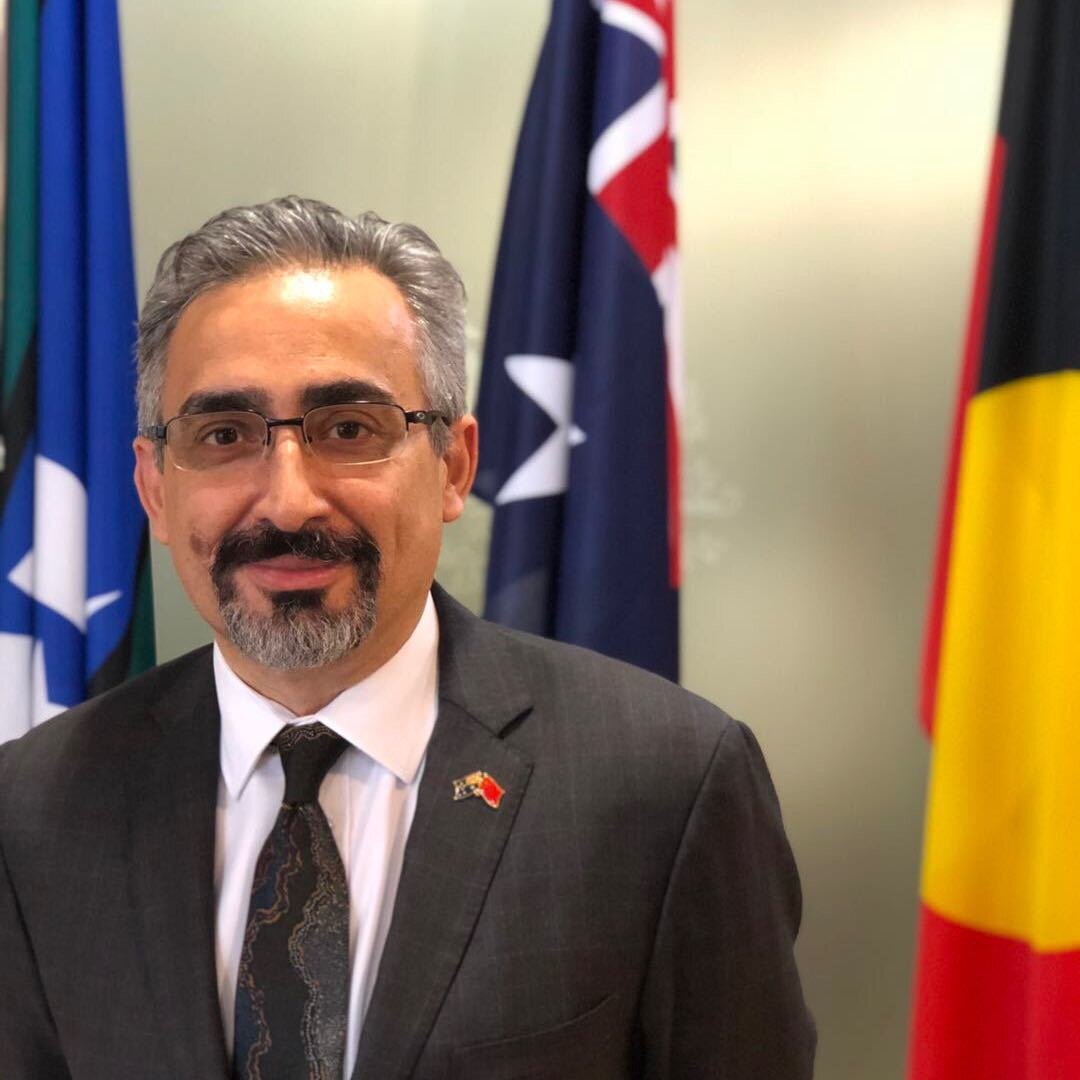 Shanghai is one of the most popular cities in China where Australian businesses and individuals are aspired to explore and make their marks.

Dominic Trindade became the Australian Consul-General in Shanghai in July 2019, bringing his extensive diplomatic experience and expertise to connect Australia and Shanghai on multiple fronts, and to strengthen and support the engagements between the local and growing Australian expats community in Shanghai.

We speak to the Consul-General about his past experience, current role and opportunities in Shanghai for Australians.

Can you tell us more about your role? What are your goals for this post?

My role is to represent Australia’s interests in a region comprising Shanghai and the provinces of Jiangsu, Zhejiang, Jiangxi, Hubei and Anhui. That’s an area of over 700,000 km2 and a population of around 330 million. It is also an area that contributes around 30 per cent of China’s GDP and through which around 38 per cent of China’s trade is conducted.

Shanghai is also where we have Australia’s largest commercial presence in mainland China.  So my main priorities are promoting Australia’s trade, investment and economic engagement with this part of China and providing consular support and services to Australians who live, work or visit this region.

You studied Japanese at the University of Melbourne, and subsequently became a lawyer before joining the Department of Foreign Affairs and Trade. What led you to pursue a diplomatic career?

At university, I did combined law and arts degrees.  My arts major was in East Asian studies, including Japanese language and the law subjects I was particularly interested in included constitutional and administrative law and Asian law.

After graduating, I worked for four years, including a training year as an articled clerk, with a large commercial law firm in Melbourne.  I worked in litigation, corporate and mergers and acquisitions.  I really enjoyed the work and I received excellent training and mentoring.  The experience of working in a commercially-focussed, private sector role also proved valuable to my subsequent career in public service.

As to why I chose a career in public service and in foreign and trade diplomacy, there were probably a few factors.  Among these, without doubt, has been a strong belief in Australia and our values as a nation.  I am a first generation migrant to Australia and I am very conscious of the extraordinary opportunities my family and I have had.  My parents and my siblings and their families, through their careers and businesses, have made and continue to make their contributions to Australian society.  For my part this has included the privilege of serving and representing Australia overseas.

You previously served as Deputy Permanent Representative at the World Trade Organisation. Tell us about your experience there and how Australia influences global trade through the WTO.

It was both a privilege and a professionally rewarding experience to serve as Deputy in our Mission to the WTO in Geneva.  This was at a time when we were making a major effort to conclude the Doha Development Agenda Round of trade negotiations.  While we did not conclude that Round during my time, I certainly gained a strong appreciation of the importance of the WTO and the global trading system it supports.

The WTO is extraordinary: a multilateral institution which operates on a consensus decision-making model, with now over 160 members at very different stages of economic development and varying economic and trade interests, but also an institution whose rules are binding in international law and enforceable through a dispute settlement system.

When you consider those factors, you quickly realise how challenging it can be to negotiate in the WTO.  Valuable things seldom come easily.  Despite the challenges, the WTO and global trading system it supports have been and continue to be incredibly valuable to Australia’s economic well-being.

What opportunities are there in Shanghai for Australians who are interested to live, study or work there?

Shanghai has, for a long time, the largest presence of Australians living, working or studying in mainland China. The reasons behind this involve historical factors – Shanghai has, for at least the last hundred years, been the mainland city most open to foreign trade and investment.

More recent policy decisions by the Shanghai government, and other factors, means that there is a growing infrastructure here to support foreign businesses, students and visitors. There is also a lot of support through the Australian Government’s Landing Pad to help Australian start-ups enter and scale-up in the China market through Shanghai.

Shanghai is home to some of China’s best universities. Yearly, hundreds of Australian students come to Shanghai, and our neighbouring regions, to study Chinese language and culture. Since 2015, we have also supported 28 New Colombo Plan scholars and hundreds more mobility students to come study and undertake internships in the region.

Shanghai boasts the largest number of headquarters of multinationals, including the headquarters for many Australian companies.

Having lived in Melbourne, Colombo (Sri Lanka), Guangzhou, Geneva, Singapore and now Shanghai, what’s your favourite city to live and work and why?

Each place I have had the privilege to live and work in has its own features that make it special.

Sri Lanka is a stunningly beautiful country, rich in history and culture and Sri Lankan people are friendly, generous hosts even when they are dealing with adversity, of which that country has had more than its fair share.

Because of my family background and upbringing, Melbourne and Singapore will always be “home” in different ways for us.

Apart from the professional opportunities of work in Geneva, Switzerland is also an extraordinarily beautiful country, with great diversity of language and culture packed within such a small (for Australians) area.  It’s also right in the centre of Western Europe, so while living and working there you have a great base to travel quickly and easily to so many diverse and fascinating places in Europe.

As for the Chinese cities I have now lived in, Beijing, Guangzhou and Shanghai are very different, too.  Beijing has a distinct character as a city that comes from its role as the capital of a vast country and formerly an empire.  Guangzhou has a southern, tropical feel and there’s more than an element of truth behind some of the images of the city’s food and business obsessions.

I’m still learning about Shanghai. I think I have been very fortunate I have had such great experiences, both professionally and personally and as a family in the various cities in which I have lived and worked.  Like it is for many expatriates, I believe it’s really the experiences you have, the friendships you make, the moments you share that leave their impressions of the cities you live and work in.

In other words, I believe it’s really up to you to find the best in any city.

Where’s your go-to for the best coffee in Shanghai?

As someone who spent too much time in the coffee shops around Carlton instead of the University of Melbourne law library, I do appreciate a good coffee.  So since coming to China I have been pleasantly surprised and indeed somewhat gratified to see how coffee culture, especially with an Australian accent, as it were, has taken off here.  Maybe, it’s the returning Chinese students?

There are so many places where you can get a decent coffee, including flat whites, which are often listed in Chinese as – sorry Kiwis – “Australian style” coffee.  I’ve also seen a few lamingtons on the menu.  There have of course been a number of Australians who have been trailblazers in the restaurant and café scene in Shanghai who have played no small part in all this.  I won’t play favourites by naming them, but anyone in Shanghai for even a short while will soon learn who and where.  You can always follow your nose, too!