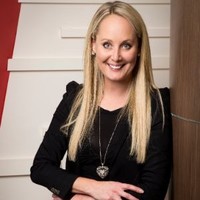 There’s no doubt that living and working overseas gives you international exposure and a boost to your professional growth. And getting a chance to explore one of the most exciting Asian cities in the world whilst landing a job that one feels passionate about means getting the best of both worlds.

Originally from Dubbo in country New South Wales, Kristen Foster has worked for some of the big names in tech, including eBay, PayPal and Visa and earlier this year, she was presented the opportunity to join VMware, a leading software company specialising in cloud infrastructure & digital workspace technology, as Director & Head APJ Policy, Global Government Relations based out of Singapore.

Just as technology disruption promises to bring exciting opportunities, Kristen’s recent move has gone beyond just a rewarding experience – it’s a “once in a lifetime opportunity”.

What made you move to Singapore?

I grew up in a small country town – Dubbo in central western NSW. Mum would often take my brothers and I out to the regional airport (with a dirt runway!) in our pyjamas late at night to see our Dad disembark the plane from his business trips to Sydney. As a young country girl, I remember thinking I’d like to travel on a plane some day for my career too.

I was 18 when I first boarded a plane, however I’ve made up for frequent flyer miles since, criss-crossing the world in my government relations roles for global companies such as VMware, eBay, PayPal, StubHub, Visa and Genworth.

I’d always aimed to secure a regional APAC role based in Singapore, mid-career and early on built the foundations studying a Master of International Relations, a Master of Public Policy (Hons) and a stint in the Asia Pacific division at the United Nations in New York after 9/11.

Singapore’s a hub for the digital economy and tech companies – so when the opportunity to lead a new Asia Pacific and Japan government relations function for VMware came up, I jumped at the opportunity. Our regional SVP, Duncan Hewett, is an Aussie, as are a bunch in his leadership group (including our Deputy General Counsel, Mick Hunter). They’re all seasoned professionals, been in tech for years in the region, and a top team to work with.

Singapore’s an amazing melting pot of opportunity, innovation, diverse cultures and embodies a story of unique resilience, economic development and rapid change. It’s a place where I want to be. Here I can also play a small part in shaping that ever-evolving story.

Can you tell us more about your role?

It’s a once in a lifetime opportunity. I’ve been tasked with growing and leading VMware’s government relations and policy function for Asia Pacific. This means being a chief advocate for VMware with governments on issues like the cloud, cyber security, digital economy and community social responsibility.

I report to Michael Kennedy, who is based in Washington DC, he’s a well-known figure on the Hill and former Chief of Staff to Senator Orrin Hatch (the longest serving Republican Senator in US history). Michael was key in getting me across to VMware. As was our global SVP and General Counsel, Amy Fliegelman Olli, who is a strong advocate for diversity and inclusion and walks the talk. Our government relations team also works closely with our global CEO, Pat Gelsinger, who was voted #1 CEO in the US by Glassdoor in 2019.

I enjoy meeting governments and walking the parliamentary corridors across the region. This month I’ll be participating in US ASEAN Business Council missions to Thailand and Malaysia to meet with their respective Prime Ministers and cabinet members and to discuss policy issues impacting tech. I’m part of a terrific global government relations team spanning from Washington to Palo Alto, London to Paris, Japan and Singapore. We’re influencing positive regulatory and policy change for the tech sector, the cloud, and the digitization of government services to help more people in every corner of our globe.

How exciting is the future of the digital economy and IoT?

Extraordinarily exciting. My teenage kids remind me of that every day; tech has a massive footprint in their lives. They don’t watch TV – they Google, YouTube and Netflix. They don’t pick up a phone to chat with friends – they SnapChat and Insta. The “socials” are a huge part of what makes them tick.

And, VMware powers many of those apps. The cloud is where it’s at. It’s transformative. Our global CEO talked about the four “superpowers of tech” at Davos in 2018. First, the unlimited capacity to compute anything. Second, mobile and the unlimited reach and access to markets and information mobile brings. Third, IoT crossing physical to digital. And, fourth, AI which is bringing intelligence to everything we do.

As technology develops, new challenges common to countries across the Asia Pacific will emerge. Our team will continue to strengthen our relationships with regional and international partners to work closely on the challenges.

How far-reaching are the effects on society driven by digital disruption? What are some real life examples?

It’s enormous, even if we just look at the impact of mobile phones. A recent report by the US ASEAN Business Council found that for ASEAN alone, the digital economy is projected to exceed $240 Billion by 2025. Over 90% of ASEAN internet users are connected via smartphones, so there’s lots of potential.

For farmers in hard to reach rural areas in Asia, the invention and presence of the mobile phone is turning their lives around. They’re more profitable and can connect with many markets as a simple result of bringing a mobile phone onto their farm.

At VMware we have been powering impactful digital projects such as Cows in the Cloud where farmers and veterinarians can share best practices. That specific project in India, led by Chitale Dairy, is powered by VMware and is helping farmers improve their stock and increase milk production.

VMware also powers the Medic Mobile apps in Uganda that change and save lives by tracking disease outbreaks, registering pregnancies, and bringing lines of communication to rural villages from major clinics. Tech really can be leveraged for the betterment of our world.

What are the most gratifying moments in your job?

Giving back and making a difference. Whether that be mentoring other women, or doing good by helping others less fortunate than ourselves.

Last year, Forbes and JUST Capital ranked VMWare in the top 10 of America’s Most JUST Companies – it’s this strong sense of giving back that makes me proud to work at VMware.

In my first month at VMware I was fortunate to give back at a Food Bank in San Jose, California. Our government relations team volunteered in the warehouse, sorting and packing 5000 kilograms of food drive donations, helping build a hunger-free community under the banner, #givewhatmatters

My family also wear our hearts on our sleeves. My husband and I have always been involved in charities and junior sports associations. I was a Heart Foundation Ambassador and ran the Great Wall of China half marathon in 2015 raising funds for cardiovascular disease (as a survivor of deep vein thrombosis). I’m currently a Director of Charity Bounce which helps Indigenous and refugee children back home in Australia realise their dreams via sports. I love seeing other people, especially kids, reach their potential.

What are the biggest challenges?

It’s a crowded marketplace when it comes to global government relations in tech companies. It’s about finding the right voice for VMware, differentiating ourselves from others. For us, that’s the cloud.

I also miss Australia. I miss the sound of kookaburras and possums dancing on our tin roof at night and a sausage sizzle and steak sandwich at the rugby union on Saturdays with friends and family. My husband and kids currently commute between Sydney and Singapore. So we’re still getting into the groove of our version of a “sea-change”, our “S’pore-change”. My kids are lucky, they get the best of both worlds – vibrant Singapore and the leafy suburbs of Sydney.

Why did you decide to pursue a career in tech and ecommerce?

I’ve never been a “digital native” or tech “geek”. I kind of fell into it. After working at a former General Electric company, Genworth, during the global financial crisis and leading its regulatory efforts across the globe, I was approached by Visa Inc. and doors opened to other opportunities at eBay, PayPal, StubHub, Gumtree and now VMware. I can’t imagine working in any other sector now, it’s an issue-rich and ever-changing environment. No one day is the same.

I did plan on working in government relations and politics though and have been in that field for over two decades. As a teenager I gave a speech to Queen Elizabeth II and that sparked my interest in global politics. When I was about 7 years old I also lobbied the local Council for cheaper and fairer bus fares for kids in my home town. My parents were actively involved in the teachers union movement in Australia, and devoted much of their time to working with Indigenous students to improve education and sports opportunities – I guess advocacy is in my blood.

If I look back, I didn’t own a computer while studying my undergraduate communications and political science degree in the mid-1990s. The computer lab was foreign to us, why go there when there was a library full of books? I started working at the Australian Broadcasting Corporation in Sydney where we still literally cut interview reels with our hands, and journalists were just getting their first email addresses. It seems another world.

I love that every day there’s a new challenge in tech and that we are riding the wave of new regulatory and policy reform and I’m happy to be part of that journey.

How do you feel about the future of tech startups in Singapore?

Given the Lee Government’s transformative Smart Nation agenda, in my view the future’s bright.

The success of ride share company, Grab, moving its HQ from Malaysia to Singapore, is just one example of the tremendous support the Government offers ASEAN and home-grown entrepreneurs to assist in their success.

Based on such success stories it’s likely more unicorns will be attracted to Singapore.

In essence, Singapore has successfully diversified its economy, paving the way for more start ups to plant their seeds and grow in the region out of the Lion City.

As a leader, how do you foster creative and innovative thinking?

The holy grail of today is a team that’s innovative. It’s driven by the culture of an organisation and operating as a collaborative, open and ethical team. It’s about being pioneers in our industry, thinking outside the box, learning from mistakes, making change and coming up with the “next gen”.

My parents taught me to put my hand up, ask questions, get involved, get to know people and earn their trust and respect. I’ve borrowed my parent’s ideology for my kids. I think all of that can lead to creativity and innovation. Empowering, inspiring and challenging people to be their best self is key, as is a healthy work life balance.

Where do you go in Singapore to eat like a local?

We live in Tanjong Pagar near the financial district and Chinatown so have a smorgasbord of food to choose from.

Our favourite hawker market is the Maxwell Food Court which is close to home. Ah Tai Hainanese Chicken Rice at $3.50 a plate is a bargain. I like the owner’s story: He set up his own shopfront at stall #01-07 after being the head chef for another famous stall a few doors down…nothing like a bit of competition to stir the pot.

Your go-to places for good coffee?

At drink o’clock, highly recommend finding a rooftop bar (like The Other Roof in Tanjong Pagar) and soaking up Singapore’s sunsets any day of the week.