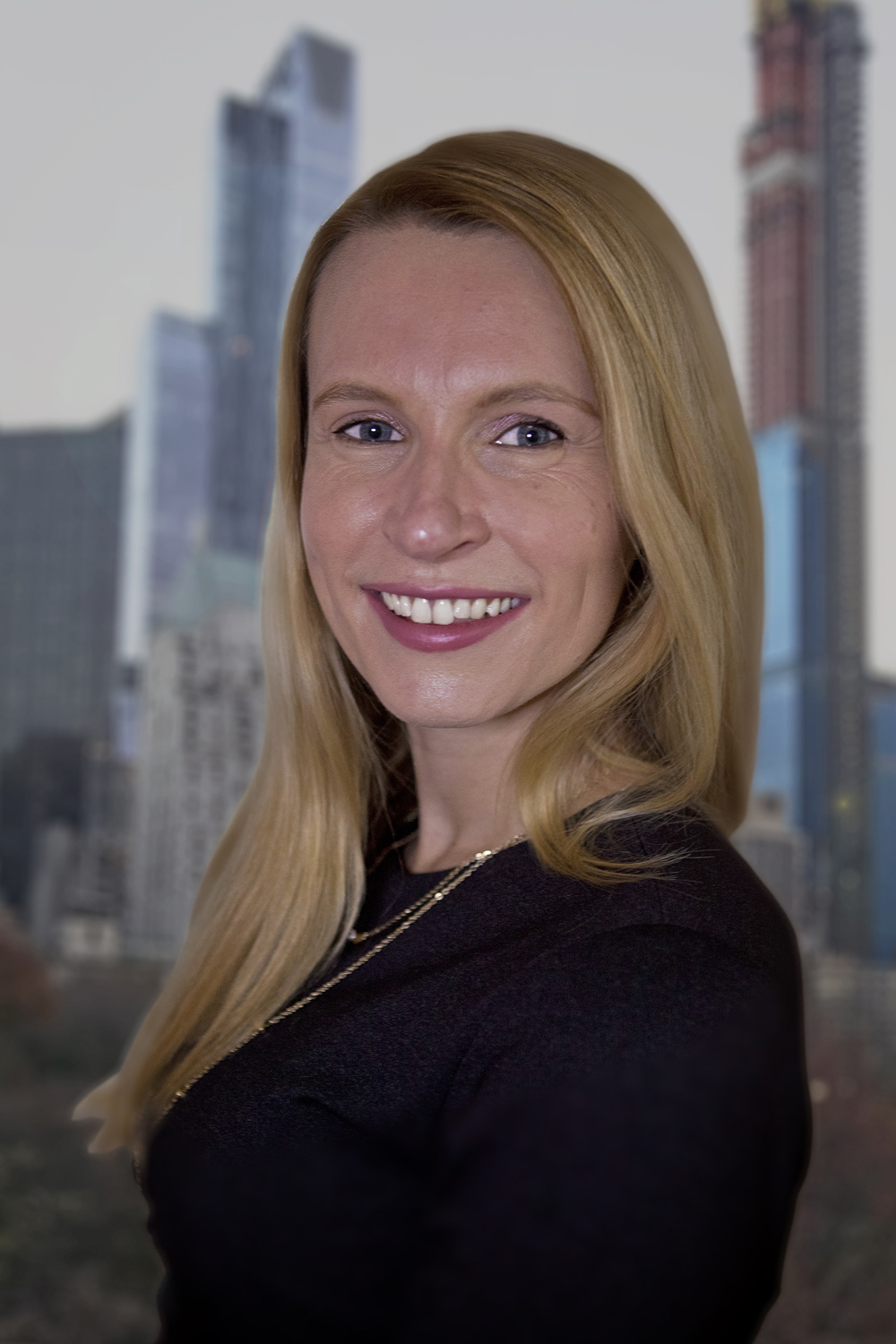 Originally from Sydney, Sarah made a decision to move to New York in late 2018 to broaden her experience – an opportunity that turned into a permanent move and the start of an exciting adventure for her family of four.

A legal professional turned banker four years ago, Sarah had uncomfortable moments trying to figure out ways to navigate the financial world but she was able to pick up a new rhythm and relishes her financial career and now her NY experience.

What was your first impression of New York?

I think my love of New York came upon me like a gradual hum rather than a bang when I first came here a year ago. The city is glamorous but at the same time, very down to earth, very practical.. But I think it was also the pulse and that grit  ( probably all of these are cliches but I think they are true), andthe realness of New York that really won me over, and so after that first month living here, I  truly said that I loved New York or I heart New York as all those t-shirts say.

What’s the most challenging part of your work? What has been your biggest accomplishment?

I think the most challenging part, probably the most important part of my role, is being globally connected with my NAB client teams and the clients across North America and the globe. From a client team perspective, that means on any single day I’ll have a conference call with my colleagues in Australia, Hong Kong, Singapore and London, which means at any one point at least one of us will likely be talking to our colleagues in our pajamas or at least from home because of all the different time zones we’re talking across.

And being connected with clients also means travel. I am responding to these questions now   from Toronto, and last month I spent time in San Francisco, LA, Miami, Washington DC and Sydney.

It definitely takes a lot of hard work and discipline to remain coordinated across many different teams and within the bank, we have to resist the temptation not to be siloed. For me the best compliment I can have from a client when we get it right is, “You know more about what is going on with us than we do.“ That’s something that we had a client say to us the other day.

My biggest accomplishment has been when I get work, family, friendship and my health all balanced. I don’t think I’ve ever had all of that done in one day but if I manage all those things over a month, I’m doing really well.

You previously worked as a lawyer, what drew you into a career in finance?

I think ultimately loving your career is not about the title, but really understanding what it is that you love about your job.

I loved being a finance lawyer. And it was NAB that approached me with the relationship banking role after a few good wins on some deals I’d been involved with as internal legal counsel at NAB. It was an opportunity that presented itself rather than it being something that I was looking for.

I love deals, I love working with clients and teams, I love running a business, I love coming up with solutions for clients. So for me those four things have been fundamentals of being a lawyer and being a banker. Working in finance also seemed like such a crazy left-field opportunity, but I just kind of thought, why not? The worst thing that could happen was I could fail and then come back to a career that I already enjoyed.

I must admit though, after starting my role, for a while I was completely outside of my comfort zone. There was stuff that I knew really, really well; more so than the other bankers around me. But there was stuff I honestly didn’t know, and I had to sit in meetings telling myself to be comfortable with being silent (even though that is not the traditional wisdom, particularly for women). I was just sitting there just listening and learning from my product partners around me. But eventually I found my rhythm again and I love it and here I am.

In what way does your role at NAB New York connect to Australia every day?

NAB is a relationship bank and it’s been in the US for over 40 years. I look after the Funds strategy across North America and I’m the key client coverage point. A key part of our fund strategy in the US is to back Australian funds global expansion  and then equally US funds that are investing and backing Australians or Australian industry.

The majority of my time is spent working on lending to large institutions and risk management solutions. Through that we have connections to a large amount of the biggest infrastructure projects in the Australian and US market, which is always exciting.

One of the most exciting parts of my roles is helping to develop banking relationships to a point where we can create partnerships, and if it can be in a way that actually solves a need for Australians, even better.

Because of our Australian presence, our reach and connection to Australian retiree investors and high net worth individuals, as well as our US experience and presence on the ground, we have been able to connect our global fund managers with our investment teams that focus on fundraising out of Australia, including fundraising structure, timing and necessary knowledge – ensuring that the investors really understand the product – which is the right thing to do by the investors.

In doing so, we work with some of the best fund managers based in the US and that helps bring Australian investors access to new asset classes (groupings of comparable financial securities) that are obviously appropriate for the market and that helps them broaden their portfolios.

Having lived and worked overseas for a while, what are some of the biggest lessons you’ve learned?

I think while both Australians and Americans speak English, that doesn’t actually mean we speak the same language. I’ve lost count of the times when I’ve drawn blank stares or I’ve accidentally offended someone because of my irreverent Australian direct way of speaking or my sort of slightly dark, sarcastic sense of humor. And I actually think I’m generally a very polite person and it definitely occurs less now. I sometimes think that we Aussies actually get a bit of a free pass with some of this. But that was probably one of the bigger lessons.

And I’ve also learned a lot from the US way of life. In Sydney, it’s not unusual say for a kid’s play date to turn into say a casual glass of wine between the mums, and that may turn into a barbecue later that evening and all the while you’re talking politics and work and family and personal life pretty interchangeably, which is how you become mates. But what I’ve noticed, in the short time I’ve been here, is that there seems to be much more of a clear delineation. There’s work. There’s family. And there is party time. But to be honest, while I love the Australian way, there is something beautiful about the US culture. My children particularly are having a really great time in such a family orientated community and the stories about neighbors bringing baskets of cookies as a welcome are true. And there is something great about going to work and work being work.

There is a world outside of Manhattan. and the five boroughs, so while I started in Manhattan, and that’s what everyone thinks of with New York,  we moved our family out to Westchester County in New York, which is not New York City but in New York State.

Our particular suburb is absolutely beautiful. It’s like an American story book. It’s unbelievable, 30 minute train ride from Grand Central and it’s filled with beautiful old colonial style houses, big gardens, squirrels prancing around, and now that spring is here, every day we’re discovering these new flowers popping up and my kids seem to think that we moved from Sydney to the country.

Tim Tams and Vegemite. I just stocked up on a whole bunch when I went back to Sydney and we’ve eaten all the Tim Tams already.

And I’m going to sound like a banking nerd on the next one, but how easy it is to transfer money to people in Australia using the New Payment Platform. In Australia, money can move between banks in less than a minute 24/7 and you can use your mobile phone number and access the service overseas.  Over here, while there are some really great apps that are coming out, and they’re partnering with the local banks, I still have to pay many of my bills and school expenses by cheque. I had to Google how to fill in a cheque.

I also miss that period between Christmas and sort of the first or second on January, when the city seems to just switch off, and the weather is perfect and everyone is really social. And the final one I miss is a Bunnings charity sausage sizzle which doesn’t exist over here.