Scott Farquhar is the co-founder and co‐CEO of Atlassian, a leading enterprise software company that powers more than 25,000 companies to build better software. In 2002, Farquhar and co‐founder and co‐CEO Mike Cannon‐Brookes started Atlassian straight out of university with a $10,000 credit card. Today, Atlassian, with its unique disruptive enterprise software business model – where best‐in-class collaborative software products are sold online at competitive, transparent prices – is an award‐winning company that counts 85 of the Fortune 100 Companies among its global customer base.

Farquhar was named the ‘Australian IT Professional of the Year’ in 2004, and with Cannon-Brookes was the youngest honoree to receive the ‘Australian Entrepreneur of the Year’ by Ernst & Young in 2006. Farquhar was honored with the Corporate Social Responsibility Award in 2011 by the Young Presidents’ Organization (YPO). A widely sought-after keynote speaker at conferences and events around the globe, Farquhar loves encouraging budding entrepreneurs, mentoring women through the Australian Business Women’s mentoring program, and sharing his knowledge and experiences with university groups.

Farquhar is an investor in the Blackbird VC fund focused on growing Aussie‐based start-ups into worldwide ventures. Farquhar graduated from the University of New South Wales in 2003 with a bachelor’s degree in Business Information Technology. He is a member of YPO and the Australian Schoolof Business Alumni Leaders Network. 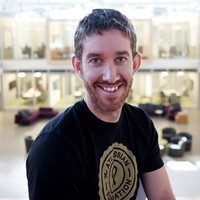