A leader in global banking, a former US Treasury Department official, and a Stanford Graduate School of Business MBA (’67) and PhD (’70), Robert Joss became the eighth dean of the Stanford Business School in 1999. He served as dean for 10 years–overseeing the introduction of a new MBA curriculum, the institution of new collaborations between the school and Stanford University, and the construction of a new Business School campus which opened in 2011.

Joss has observed that ideas, capital, and technology move freely across borders around the world, but that there is a significant lack of management skill. As dean he drew on both his academic and business experience to address this issue through education. He has a strong belief in experiential learning, leadership development, and academic research that constantly tests the boundaries of what we know about organisational effectiveness. He continues to teach leadership and management in the school’s MBA curriculum.

Prior to joining the Business School as dean, Joss was chief executive officer of Westpac Banking Corporation, one of Australia’s largest banks, a post he held for six years. At Westpac, he was credited with refocusing the bank strategically, modernising operations, and building a culture of teamwork, customer focus, open communication, and community support. Bank shareholders also benefited substantially during and after his tenure.

Before going to Australia, Joss held a variety of posts at San Francisco-based Wells Fargo Bank between 1971 and 1993, serving from 1986 onward as vice chairman. Prior to Wells Fargo, Joss worked 3 years at the US Treasury, first as a White House Fellow and then as deputy to the assistant secretary for economic policy.

He is currently a director of Bechtel Group, Makena Capital Management, SRI International and CM Capital; was formerly a director of Citigroup, Wells Fargo & Co, Westpac Banking Corp, and Shanghai Commercial Bank Ltd.; and is active in Australian-American affairs, serving as Co-chair of the Advisory Board for the US Studies Center at Sydney University and is a member of the US Advisory Council for the American Australian Association. In 2001 he received the Centenary Medal for service to Australian society, and in 2013 was named by the Australian Financial Review as one of the 50 figures who have most shaped the nation’s business landscape over the preceding half century. 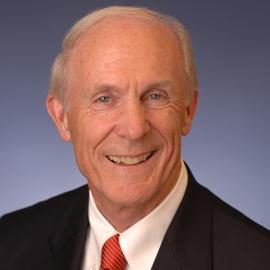