“New Narrative has been Prue’s brainchild and has really taken off.  What she has done is extraordinary. She is innovative and has shown strong leadership, and her work demonstrates her ability to act as an inspirational role model abroad. She is always promoting others, so it is nice for her to now be honoured.” – Anya Schiffrin, Columbia University

Prue Clarke is an award-winning international journalist. She was covering war, poverty and development across Africa when it became clear to her that she was reporting for the wrong people. Her audiences in the US, UK, Canada and Australia had much better information about the causes of African wars and poverty than the people themselves. Much of the news available in Africa was biased and journalists lacked the training and resources Prue’s colleagues in the West took for granted. In a 2007 reporting trip to a refugee camp in the war-ravaged Eastern Congo, women told Prue it was simply their lot in life to endure rape. They knew nothing about the mineral riches in the land beneath their feet or the warlords who were funding the fighting to steal it. Prue knew as long as the people didn’t know the reason for their suffering they were powerless to stand up and fight it.

Prue started New Narratives, a non-profit organisation to provide the resources, editorial and business support that media organisations needed to deliver good news in their home country. Boosting the number of women journalists was a particular focus of the project. Prue chose Liberia as the pilot country because it was emerging from the ravages of civil war and had a supportive president in Ellen Johnson Sirleaf, Africa’s first women president. While only four years old, New Narratives has already led to incredible social change in Liberia and its reporters have won multiple local and international journalism awards – including the Committee to Protect Journalist’s Press Freedom award, the German prize for African journalism, two Pulitzer fellowships and Liberian Journalist of the Year. Importantly, New Narratives journalists have also become significant role models for other women in Liberia. Audiences have gravitated to New Narratives’ media partners giving them the biggest circulation and independent revenue in the market. That has allowed them to make further investments in independent news. New Narratives key partner Front Page Africa has seen a 300% increase in readership to become the area’s largest newspaper and website.

One of the organisation’s biggest successes was to have the Liberian government and traditional leaders come out for the first time publicly to denounce female genital cutting and commit to ending it. Reporter Mae Azango was forced into hiding for her reporting and became the subject of an international campaign involving Amnesty International, the Committee to Protect Journalists, the NY Times and activists around the world calling on the government to ensure her safety. After three weeks the government was forced to respond.

Prue has won numerous reporting awards for her work, including a national Edward R. Murrow and a UN World Gold Medal. Her reporting has appeared in Newsweek, the Guardian, the Financial Times, The Times of London, and on public television and radio in the US, Canada, the UK and Australia. Prue is now an Africa Projects Manager for BBC Media Action. She began her career as a cadet in the ABC Sydney television newsroom in 1997 and later reported business news for the ABC from New York. Prue was at Ground Zero when the twin towers collapsed on September 11th 2001 and covered the aftermath for the ABC. Prue also reported for the Financial Times newspaper from the New York bureau. She was also a Visiting Associate Professor at the City University of New York’s Graduate School of Journalism and has trained journalists and consulted for non-profits and governments in Ghana, Liberia and the Democratic Republic of Congo. 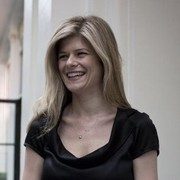