Based in New York, John Polson is the founder and director of the world’s largest short film festival, Tropfest, one of the most instantly recognisable and respected short film competitions in the world. An award winning actor and filmmaker in Australia and the US, John is the creative force behind the festival’s success and global expansion, from its humble beginnings as a screening of one of his own short films at Sydney’s Tropicana Cafe in 1993.

In addition to Tropfest, John’s passion lies also behind the camera as a film director. Today, in addition to feature film work, John flexes his creative muscle on the small screen as a producer and director on shows such as Fringe, The Mentalist, The Good Wife, Elementary and Flash Forward.

He has won a number of AFI Awards including Best Actor in a Supporting Role (“The Boys”) and in 1997, the Byron Kennedy Award for contribution to the film industry. John is currently developing a number of projects as both director and producer in the US and Australia. 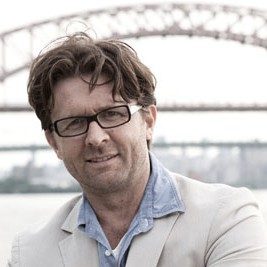