David Thodey is Chair of the Commonwealth Science, Industry & Research Organisation (the national research organisation for Australia) and the Chair of JobsNSW, the NSW independent organisation responsible for the creation of new jobs though to 2020.

Previously David was Chief Executive Officer and Executive Director of Telstra, appointed in May 2009. He left the CEO position on 30 April 2015. Telstra is Australia’s leading telecommunications and information services company, with an international presence spanning Asia, Europe and North America with revenues of $25B and is Australia’s 5th largest company.

Before joining Telstra, David was Chief Executive Officer, Australia and New Zealand at IBM. During his 22 years at IBM, David held several senior executive positions in marketing and sales across Asia Pacific.

In January 2013, David joined the Board of the GSM Association, the global body made up of carriers and related companies that supports the standardisation and deployment of mobile technology around the world. He is also co-chair of the Infrastructure and Investment Taskforce of the B20 leadership group. He is also Chairman of the Prime Ministers Olympic Dinner  Board, a fellow of the Australian Institute of Company Directors and a member of the Advance Global Advisory Council.

David has a keen interest in basketball, and was previously Chairman of Basketball Australia. He is a passionate technologist and interested in customer centred transformation of businesses.

Check out David’s session “Global Competitiveness in the Age of Disruption – Staying on top of the Game” at the 2016 Advance Global Australian Summit. 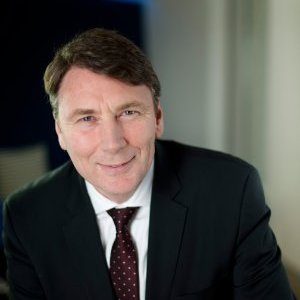