David Droga is Founder and Creative Chairman at Droga5, headquartered in New York City. Founded in 2006, Droga5 has been named Agency of the Year three times and was named one of Fast Company’s Most Innovative Companies in 2013.

To date, he is one of the most awarded creatives at the Cannes International Festival of Creativity and one of the youngest people ever inducted into the New York Art Directors Hall of the Fame. He is also a laureate of the Media Marketing Hall of Fame, the Adnews Hall of Fame and the American Advertising Federation Hall of Achievement.

He has been honoured with lifetime achievement awards from Campaign Brief and Boards Magazine, as well as with the Adfest Lotus Legend Award and the Intercontinental Advertising CUP’s FireCup award.

David has also been recognized in Esquire magazine’s annual “Best and Brightest” issue and honoured by the American Australian Association, G’Day USA and Advance.

Beyond his family and building new ventures, David’s favourite topics are art, the environment and anything Australian. 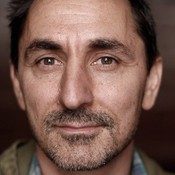