Craig Davis is an entrepreneur, keynote speaker and teacher. He is the Co-founder and CMO of Sendle.com, a purpose driven technology company that unlocks the power of big business delivery networks for small business. Sendle is growing through a commitment to customers, values, innovation and service, and is Australia’s first certified technology B Corp and the first 100% carbon neutral delivery service.

Prior to this, Craig worked at the forefront of the global advertising business for 20 years. From starting his own agency he went on to lead Saatchi & Saatchi as Regional Executive Creative Director Asia/Africa and J Walter Thompson’s 10,000 strong network as Chief Creative Officer, Worldwide, based in London.

He has worked with many of the world’s biggest brands – Coca-Cola, P&G, HSBC, Unilever, Vodafone, Shell, Sony, Bank of China, Toyota, Kraft, Ford and Diageo to name a few – and won countless awards for effectiveness and creativity including separate Campaign of the Year awards in China, Hong Kong, Malaysia and Singapore. Craig has been President of the Cannes Film and Press juries, led the D&AD Integrated and Earned media jury, and later Chaired YouTube’s global “Good Work” initiative to unite the world’s creative community with non-profit organizations.

He is an Adjunct Professor at UTS Business School and has sat on the Boards of Advance and the Creative Industries Taskforce. He continues to serve on the Board of Conscious Capitalism Australia.

Craig is a featured columnist for Campaign Asia-Pacific and happens to be the fastest Australian to run a marathon at the North Pole.

He lives in Sydney with his wife and three teenage kids. 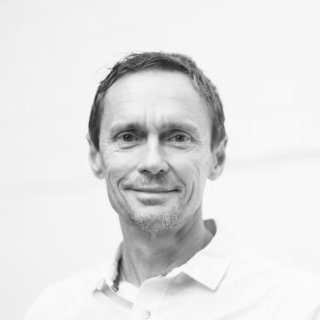