Jianhua and Aihua’s partnership has been so successful, both in Australia and on their return to China. They took us to the position where we can now make the most efficient cells in the world and nobody yet has been able to catch up. Their work introduced a number of efficiencies and innovations, and it has really underpinned our success in this field” – Scientia Professor Martin Green, Australian Centre for Advanced Photovoltaics, UNSW

Dr Jianhua Zhao and Dr Aihua Wang have dedicated their remarkable careers to the advancement of solar cell technologies. Working in an inspiring husband and wife partnership, they hold the record for the world’s most efficient silicon solar cells. Set in the laboratories of the University of New South Wales (UNSW), the record has remained unbroken for over 20 years. Moving to Australia in the 1980s, Jianhua obtained his PhD in Electrical Engineering from UNSW in 1989 and worked there, first as a lecturer and research fellow. Over 16 years, Jianhua worked his way up to ultimately become Associate Professor and Deputy Research Director for the Australian Research Councils’ Centre for Advanced Silicon Photovoltaics.

Aihua moved to Australia soon after Jianhua’s arrival and after also completing her PhD at UNSW, became a research fellow at the Pholtovolatics Special Research Centre at UNSW. Jianhua and Aihua spent nearly 15 years working and teaching at the university before returning to China in 2004, where they continued their incredibly successful partnership at China Sunergy.

Over the last six years, their work has contributed to a significant drop in prices in solar technologies which has made this clean energy technology more affordable and accessible to millions of people around the world. Sunergy produced and sold 50 megawatts of modules in Australia and 400 megawatts of modules in the world in 2012 alone, which will reduce six million tons of carbon dioxide release from traditional coal power generation. Jianhua and Aihua have been recognised by a number of awards in China for their contribution to science, innovation, environment and social change including the 2011 Nanjing Top 10 Big Star of Science of Technology, 2010 Jingling Friendship Award, 2007 Jiangsu Returned Overseas Chinese Advanced Individuals Award, 2007 Jiangsu 10 Best Overseas Chinese Award and the 2005 Overseas Chinese Contribution Award (awarded to only 100 people in China in 2005).

They both maintain a strong relationship with Australia, returning regularly and engaging with research and development at UNSW. They have published over 117 conference papers and 66 journal papers, including in Nature, top of the world’s most respected science publications. 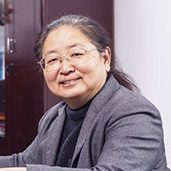