Yijia Li graduated from Tsinghua University in 2009 as a distinguished student majoring in Biology and received a double degree in Economics at Peking University. In 2013, Li received The Doctor of Philosophy from University of Melbourne, and published the final essay as the cover article in the world-famous biology magazine “Traffic”.

After his PhD, Li joined Shunxi-Monash University Joint Lab, participated and facilitated several translational projects with Monash University, University of Melbourne, and NHMRC. With these experiences and connections, he went back to China to initiate Yunnan Province Stem Cell Bank in 2015 and has set up a 3200 sq. meter translational research facility and became the largest stem cell bank in Southwest China. Li was keen to bridge the Australia and China research community, therefore collaborated with Professor Alan Trounson, the “TOP 10 stem cell scientist in the world”, and became the first investor for his company Cartherics, which is carrying out a pioneer CAR-T research to treat the solid tumour.

In 2018, Li joined Tsinghua University Yangtze Delta Research Institute and became the founder and director of stem cell drug translational research platform. With 50 employees and more than 100 collaborators, the company is developing a stem cell therapy for Knee Osteoarthritis, Stroke, Chronic Kidney Disease and Crohn’s disease. The company hopes that within 5 years, their first drug will be approved and many patients will be cured.

Besides the enterprise work and academic research, Li engages himself in Chinese students social work in Australia. He established a non-profit organisation during his PhD study in 2011, named Melbourne Pioneer (MP). MP aims to help Chinese students smoothly and quickly evolved into Australian local society. MP organised volunteers to high-end international conferences and other significant activities to help Chinese students experience different culture and get involved with the local people. Through meaningful social activities, MP encourages them to make friends and help each other. Since 2011, Li has been a volunteer and contributed to the personal and professional development of Chinese students in Australia. So far, Melbourne Pioneer just celebrated its 8th birthday with more than 200 alumni and 30,000 followers.

Being an entrepreneur, scientist, or volunteer, Li is dedicating himself into building a bridge between Australian and China and making the world a better place. 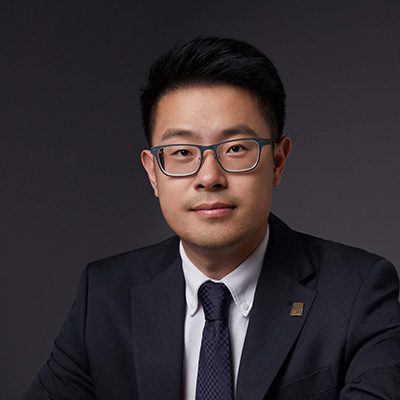