“Vikram is a unique candidate for this prestigious award as he is one of those rare individuals who has achieved success on a global stage, as a corporate executive and as an entrepreneur in the ICT industry. This combined with his passion for giving back to the Australian community and helping aspiring Australian entrepreneurs and students learn about what it takes to succeed on a global scale.

In summary – there are 3 reasons I think Vikram makes an exceptional candidate to receive this high honor: Professional achievement in the global ICT industry; Passionate about helping Australian tech entrepreneurs succeed globally; and Personal humility and generosity in giving back to Australia.“ – Raj Dalal, CEO, BigInsights

Vikram joined Pacific Venture Advisors in April 2015 and before that he was at Kaazing as Chief Executive Officer.

Previously he was Vice President IBM System Networking, a division created as a result of IBM’s acquisition of Blade Network Technologies, Inc. (BLADE). Under his leadership the System Networking Division became one of the fastest growing and most profitable businesses at IBM.

IBM acquired BLADE in 2010 marking the company’s re- entry into the fast growing and highly profitable data center networking industry after an eleven+ year absence. BLADE was amongst the best acquisitions in IBM’s recent history and a strategic move that redefined the competitive landscape in the data center infrastructure business.

Vikram was Founder, President and CEO of BLADE and the driving force behind the company’s growth and rapid global expansion. At the time of its acquisition by IBM (according to Gartner Group), BLADE was amongst the fastest growing companies in enterprise data center networking and the second largest Data Center Ethernet vendor in the world.

While the Global Financial Crisis saw many technology companies struggle, under Vikram’s stewardship BLADE achieved strong revenue growth, gross margin expansion, and customer diversification. In the summer of 2009 he successfully raised capital as part of a Series B financing round led by new investors at a 5x increase in valuation over the Series A round in 2006.

Vikram brings over 25 years of technology industry experience to Kaazing. He brokered the spin out of Nortel’s Blade Server Switch Business Unit (BSSBU), establishing BLADE as an independent company in February 2006 with funding from the Private Equity investors.

Vikram came to Nortel in 2000 through its acquisition of Alteon Web Systems and there he laid the foundation for what became Nortel’s BSSBU. Vikram was General Manager of Nortel’s BSSBU. Previously, he spent 12 years at Hewlett- Packard in various management and executive positions in several countries across the Asia Pacific region and the US His last position at HP was General Manager, Enterprise Servers, Americas Super Region (a billion dollar plus business).

Over the years, Vikram has developed invaluable experience being on both sides of M&A transactions, often in different parts of the world. He has orchestrated two successful spinouts from multi-billion dollar corporations (Nortel & IBM) and played a key role in the successful integration of acquired businesses. He has a proven track record in delivering on commitments and exceeding the expectations of investors, while building a sustainable business with loyal customers and motivated employees.

Vikram is recognised by employees, investors and customers for his leadership qualities, drive, attention to detail, multi-country experience, and consistently delivering on commitments. He has a straight-talking and transparent management style, strong deal making abilities, an uncanny ability to breakdown the most complex problems into simple and actionable tasks, and a relentless passion for delighting customers.

Vikram has been a frequent speaker at industry events and is often quoted by media and analysts. He holds a B.S. in Electrical Engineering from the Birla Institute of Technology.

Vikram is of Indian origin, an Australian citizen, and Permanent Resident of USA. Prior to moving to USA, he has lived and worked in India, Singapore, Australia, and Hong Kong and has extensive experience doing business and raising capital in complex markets like China, Japan, South East Asia, and South Korea. He resides in California.

Vikram servers as a Director of the AISUSA Foundation and is a TiE Charter Member. 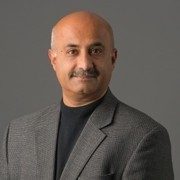