Thomas is in his final year of concurrent undergraduate degrees in Economics, International Studies and Statistics at the University of Adelaide, and is currently interning for the World Bank Group in Jakarta. He is passionate about international development, social enterprise and the Asia-Pacific region.

Thomas has spent a significant time abroad, completing a semester student exchange at Universitat Pompeu Fabra in Barcelona, as well as almost two years based in Indonesia. During this time he has had a broad range of experiences, from living in a rural village as part of a community development placement, to conducting sociological research on Afghan refugee communities in West Java. This research led to a number of academic publications, as well as pieces in platforms such as The Conversation and Inside Indonesia.Thomas also sought to help refugees in more practical ways, becoming the Monitoring and Evaluation Coordinator of the Swiss NGO Same Skies, which supports refugee education initiatives in Indonesia.

During his time in Indonesia, Thomas developed a love of the archipelago and a passion for Asia-Australia engagement more broadly. He co-founded and served as president of West Java Chapter of the Australian Indonesia Youth Association (AIYA), and worked as the Indonesia Correspondent for AsiaOptions, an online platform that provides information on study and professional development opportunities in the Asia-Pacific region. He also co-founded a non-profit, OrientAbroad, which offers on-the-ground support to Australian students abroad in Asia. Most recently he became a partner and the CMO of Neliti.com, an open access research repository that aims to increase the dissemination and impact of Indonesia-related research.

Outside his academic and professional life, Thomas also pursues artistic and creative endeavors. He plays guitar and produces electronic music, and has exhibited photography in Barcelona, Madrid and Adelaide. In 2015, he co-founded and performed as part of the Performance Art Company Cadence, which won the John Chataway Award for Innovation at the Adelaide Fringe Festival 2015. 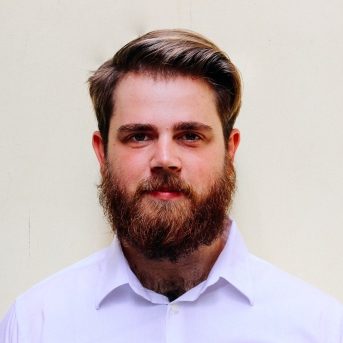