Steve Paridis was enjoying some quality beach time with his wife and three children during a hard-earned sabbatical in Sydney in March 2008, after 20 years toiling in New York’s intensely-competitive finance industry, when he was woken by an early morning phone call.

On the other end of the line was his long-time friend and new business partner, Shane Finemore.

“Did you see what just happened with your old firm?” asked Finemore, a former UBS trader.

The fellow Australians recently had left their respective jobs – for Paridis, a managing director role at JP Morgan where he headed up a US trading unit – to strike out on their own and start a hedge fund in the Big Apple.

It was a pivotal moment in the global financial crisis and a moment for pause for Paridis, who realised the happy financial market in which he left his job was now in turmoil and the task of raising enough cash to start a proper fund would be a lot tougher.

“It was touch and go for us,” Paridis said. “Things changed pretty quickly from a bull market to people hiding under tables.”

Their fund, Manikay Partners, was just a concept and still had no client money.

But Finemore and another Australian partner, Russell Aboud, managed to convince the Lowy Family Group and Goldman Sachs to put in US$300 million as foundation investors.

Growth was slow but steady in the first couple of years as the Manikay team, which specialises in opportunistic strategy, grinded it out amid some of the toughest trading markets in living memory.

Their work began to pay off in late 2011. The fund, which has offices in midtown Manhattan and Sydney, generated a 26.5 percent return in 2012 and increased funds under management to well over US$1 billion by the start of 2013.

Paridis said he knew New York was the place he wanted to live and work during a road trip across America in 1991.

He recalls driving down from Buffalo, in upstate New York, and seeing the glowing lights from the city’s famous skyline from a hundred miles away.

The city’s place as a global financial hub was also made abundantly clear to the young stockbroker during a tour of Wall Street and the New York Stock Exchange, where the bustling trading room pits traded in minutes what the then Sydney Futures Exchange could trade in a whole day.

When Paridis returned to Sydney, he figured his best bet was to come back through a work transfer. An opportunity arose a couple of years later and he and his then girlfriend, Sally, now his wife, packed their bags.

The change in scene was an abrupt one, however, and Paridis remembers hunting for a rental apartment during a snowstorm in the West Village in November 1993, being dismayed at what he could afford and wondering if he’d made the right choice.

“I went from living in a nice rental in Rose Bay with harbour views and a moderately successful career to almost a nobody in Manhattan needing an employer guarantee to qualify as a renter,” he said.

He found a one-bedroom with a loft whose selling point, according to the real estate agent, was that “you actually see sky”.

And he worked his way up.

“I was a complete minnow in a big pond. To me, that was a fantastic opportunity,” he said.

“Twenty years later I’m still amazed at the opportunities that exist,” he said.

“You see so many Australians here because there’s a much bigger infrastructure for opportunities and a greater appetite for risk.

“Australians are able to travel to places like New York and succeed because they have great attributes. They are well-trained and used to hard work and they don’t waste time getting caught up in their own aura or importance.

“Coupled with the American entrepreneurial spirit and the culture of rewarding people on merit rather than where you’ve come from, it makes for a great combination.” 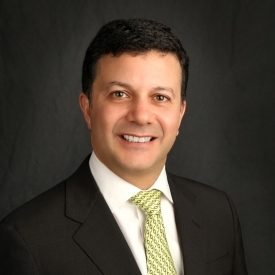