Sarah Clarke is an award winning journalist, TV presenter and media facilitator based in Hong Kong. After more than 20 years with ABC Australia, she moved to Asia and is now a freelance correspondent with Al Jazeera English, ABC Australia and Australia Plus covering major events across the region.

She was the Executive Producer and Presenter of the popular TV series “AusBizAsia” for ABC and Australia Plus (ABC’s international channel) profiling successful Australians leading the business world in some of the fastest growing economies in Asia.

Sarah Clarke is also an experienced facilitator and MC, hosting conferences and events in Australia, Singapore and Hong Kong including the largest private equity and venture capitalist forum in Asia, the annual World Retail Congress in the region, the L’Oreal Fellowship awards for Women in Science, as well as annual AGM’s and corporate events for international financial institutions and NGO’s based in Asia. 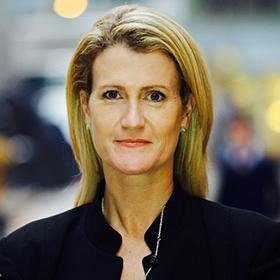