“As a scientist, Russell has a track record that is unparalleled. He has made significant contributions as one of a handful of CEOs in this field. He is a really decent human being, with great values and someone who would be a great ambassador for Australia. He is a fantastic candidate for this award” – Michael Rabson, Partner, Wilson Sonsini Goodrich & Rosati

Dr Russell Howard, his dedicated his career to life sciences and biotechnology to generate valuable products in medicine, diagnostics, agriculture and chemicals manufacture. Now back in Australia since late 2012, after many years of work on USA East & West coasts, he works for two local enterprises as well as serving as a non-executive Director for two listed Australian companies.

Russell is also working at the Kinghorn Centre for Clinical Genomics, part of the Garvan Institute, Sydney. As Head of Commercial Strategy for the genomics business he is working to commercialise novel genomics products, including clinical pathology reports based on whole genome sequencing.

He retains connections back to the USA where Oakbio, a Californian biotechnology company Russell founded, is developing breakthrough sustainable microbe-based technologies that convert CO2 in waste gas into valuable chemical products.

Before Oakbio, Russell was Founder and CEO of Maxygen, a biotechnology company creating over 30 breakthrough products by gene shuffling of DNA. Russell led Maxygen from inception through IPO on NASDAQ and 10’s of corporate deals plus spin-out of companies in Agriculture (Verdia, sold to Dupont), chemicals manufacture (Codexis) and protein pharmaceuticals (Perseid, sold to Astellas). Prior to Maxygen, Russell was President & Scientific Director at Affymax, Glaxo Wellcome, pursuing combinatorial small molecule drug discovery.

Russell spent over 20 years studying infectious diseases, primarily the molecular basis for the pathology of malaria and immune evasion by antigenic variation. He served on WHO and USAID advisory panels for malaria vaccine development. At the National Institutes of Health in MD, USA, Russell was responsible for invention of a rapid, inexpensive, human malaria diagnostic test marketed worldwide for over 15 years.

Russell’s passion is to see the wealth of innovation in the Australian Life Sciences bear fruit in breakthrough global products, with value derived from Australia captured locally to feed a virtuous cycle of expanded Life Sciences innovation and commercialisation.

Russel was the Biotechnology winner and overall winner for the 2013 Advance Award.

Click here to read more about the 2013 Advance Award winners and here to read an interview with him in AFR BOSS Magazine. Check out Russell on the panel “Sustainability, Talent, Technology – Futureproofing Australia” at the 2015 Advance Global Australian Summit. 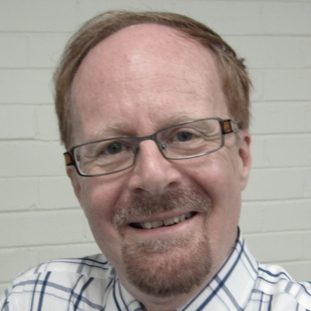