Having joined Deutsche Bank in June 2009, Mr Rankin was Chief Executive Officer in Asia Pacific (ex-Japan) until May 2012. Prior to joining Deutsche Bank Mr Rankin was a Managing Director and the Head of Investment Banking, Asia Pacific, at UBS where he had responsibility for the corporate/government advisory, debt and equity origination and M&A businesses in the region. Based in Hong Kong since 2001, Mr Rankin also served on the UBS Investment Bank Board.

Prior to joining UBS’s predecessor firm SBC Australia in 1990, Mr Rankin was a securities and mergers and acquisitions lawyer at Blake Dawson Waldron in Sydney from 1988. He also served as a member of the Australian Stock Exchange Listing Committee.

Mr Rankin holds a Bachelors degree in Economics and Law from the University of Sydney.

He is married with two children and his interests include a wide range of sports as well as wine and the arts, particularly contemporary art from the Asia Pacific region. 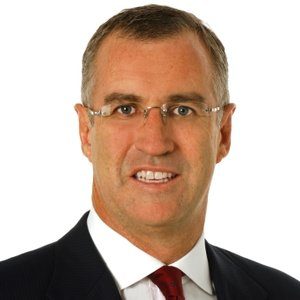