“Richard has demonstrated excellence as a physician and oncologist through his achievements and recognition in US medicine, including his current senior position at Thomas Jefferson Medical School. His field of oncology is highly relevant to our society – contributions in this field save lives, extend life, and reduce pain and suffering for patients and their families. Richard is a very senior Australian in the US, and in two unusual fields, academic medicine, and scientific discovery. His recognition through this Award would be motivational to other Australians in medicine and more broadly in other scientific areas in the USA.” – David Anstice, Retired Executive Vice President, Merck & Co., Inc.

Richard is an inspirational Australian leader in the global cancer community. He is a researcher, clinician, and entrepreneur. He served as the President (USA) of the international network for cancer treatment and research (INCTR), was the founding Director of the Delaware Valley Institute for Clinical and Translational Science (a four University research institute), Director of two NCI designated Cancer Centers (Lombardi Cancer Center and the Kimmel Cancer Center) which includes the Jefferson Cancer Network, a 28 hospital network in the USA Northeast. He has served as an external advisor to five NCI Cancer Centers and a number of national cancer organisations (Israel, Poland, Ireland, France, United Kingdom, USA-NCI, and Australia).

As an entrepreneur, he founded ProstaGene, a prostate cancer diagnostic and therapeutic company and AAA Phoenix which develops light-activated gene therapy. He holds six issued or pending patents in the area of cancer diagnostics and treatment. Prostagene has developed a diagnostic test that distinguishes normal prostate from prostate cancer in men with elevated PSA. Two preclinical studies showed a >98% predictive value. In the last year, approximately 750,000 men underwent unnecessary prostate biopsy because of a false PSA test, which should be circumvented through the use of this new test. Prostagene is testing a new treatment for metastatic prostate cancer that has proved highly effective to block bone, brain and lung metastasis in preclinical testing.

Richard has been a highly innovative researcher with more than 600 publications and book chapters. His work is highly cited (>35,000 citations). He has established international collaborations between USA research institutes and international partners (Italy, Australia, and the UK). As an Australian living in the USA, he has galvanised teams to work together to fight cancer on all fronts. 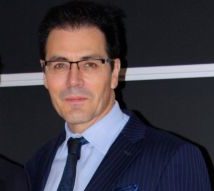