Nina Blackwell is the Executive Director of the Firelight Foundation, a US-based philanthropic facilitator that identifies, funds, and strengthens promising community organisations that support the health, resilience, and education of children in Africa.

Nina joined the Firelight Foundation from Humanity United, a leading human rights foundation, which is part of the Omidyar Group of philanthropies and represents one of the major philanthropic investments of Pam and Pierre Omidyar. As Senior Strategic Advisor and Head of External Affairs at Humanity United, Nina led the Communications, Policy, and Partnerships teams to support and leverage the organisation’s strategic work in the prevention of conflict, mass atrocities and modern slavery.

Nina joined Yahoo! after seven years working for US Senator Hillary Rodham Clinton, first as Special Advisor and then as Press Secretary and Spokesperson. Her work with Senator Clinton began in the aftermath of the 9-11 attacks and spanned the successful 2006 Senate reelection campaign and the 2008 Presidential Campaign.

Following her arrival in the United States in 1999, Nina also worked on Senator Bill Bradley’s 1999 presidential campaign, then First Lady Hillary Rodham Clinton’s 2000 campaign for the US Senate and the 2001 Campaign for Mayor of New York City.

Prior to leaving Australia, Nina was the National Campaign Manager for the Australian Republican Movement, working on both the Constitutional Convention Election and Referendum campaigns. Nina also held a number of roles in Australian politics, providing political, legislative, communications and policy advice on both the State and Federal level.

Nina has a Bachelor of Laws with Honors from the University of Technology, Sydney and a Masters in Political Science from The University of New South Wales. She was a member of the Advance Board of Directors until 2020. 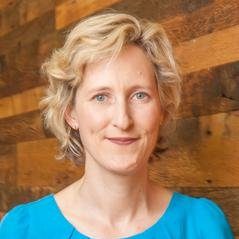