Milton is a pragmatic yet courageous leader within the coal industry. He has brought together diverse parties – some of whom who are not always natural allies – to find common ground for discussion and joint action. Out of complex situations, he distills simple, clear messages that resonate well with a wide range of audiences, and he is fearless in engaging constructively with detractors. He is a strong advocate for proactively addressing the dilemmas raised by climate change and energy security.”Preston Chiaro, Group Executive, Technology & Innovation, Rio Tinto

Milton Catelin is a global advocate for sustainable development. As the Chief Executive, he has developed the World Coal Association into a constructive and highly regarded partner in international energy and environment forums. He has been recognised by the UN, USA, Poland and Australia for his work on coal and the environment.

For the past decade, he has championed the role of coal as a vital ingredient in poverty alleviation and economic development while maintaining a consistent focus on improving coal’s environmental impact. He has been a leading advocate for improving efficiencies at coal power stations and for carbon capture and storage (CCS) as two necessary ingredients in an effective global response to climate change.

During the past two decades, he has led the WCA, worked within the United Nations Environment Programme (UNEP) on public private partnerships, was President of the Montreal Protocol on Substances that Deplete the Ozone Layer, was a lead negotiator for Australia on Climate Change, and been directly engaged in the Minamata Treaty on Mercury and the Basel Convention on Hazardous Wastes.

In addition to his day job, Milton currently serves in a number of non-executive and advisory positions including with the World Economic Forum, International Energy Agency, Global CCS Institute, and the Gasification Technologies and Research Institute of India. He was a member of the Expert Advisory Group behind former UK PM Tony Blair’s “Breaking the Deadlock” climate initiative. 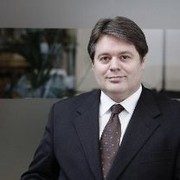