Mike Cannon-Brookes is the co-founder and co-CEO of Atlassian, a team collaboration software company that helps teams organise, collaborate and communicate around shared work. More than 50,000 large and small organisations – including some of the biggest names in media, manufacturing and technology such as Citigroup, eBay, Coca-Cola, BMW and NASA – use Atlassian’s tracking, collaboration, communication, service management and development products to work smarter and deliver quality results on time.

Mike has received international recognition for his work, including the ‘Australian IT Professional of the Year’ award in 2004, and ‘Australian Entrepreneur Of The Year’ in 2006. He’s also been honored by the World Economic Forum as a Young Global Leader in 2009 and is currently a member of The Forum of Young Global Leaders.

Mike holds a Bachelor of Commerce in information systems from the University of New South Wales, Australia. 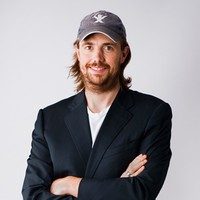