Mari Elka Pangestu was the Minister of Trade in Indonesia from October 2004 to October 2011. In a cabinet reshuffle in October 2011 she was appointed to the newly created position of minister of Tourism and Creative Economy, a post she held until the term of the administration of president Susilo Bambang Yudhoyono finished on 20 October 2014.

Mari is the first female Chinese Indonesian to hold a cabinet position in Indonesia. After her appointment to the new cabinet position of Tourism and Creative Economy she spent time explaining the approach of the government towards fostering creative sectors of the economy in a number of statements

In late December 2012 the Indonesian Government nominated Mari as a candidate for the position of Director-General of the World Trade Organization (WTO) to succeed the incumbent Director-General, Pascal Lamy, whose term ends in 2013. The General Council of the WTO considered nominations from various countries in early 2013. The selection process went through various rounds and in late April 2013 eliminated all three candidates from the Asia-Pacific region.

She undertook her Bachelors and Masters Degrees at the ANU, and is an honorary professor at the Crawford School of Public Policy at ANU. 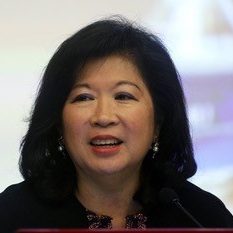