Krystle-Jayne is in the last semester of a Bachelor of Information Technology degree at the University of Technology, Sydney.

She is a highly ambitious individual with a strong focus on her career progression.

She was in the District SRC and nominated to attend the State Leadership Camp, attended the 6th Annual Australian National Leadership Camp, was awarded the State Goodwill & Leadership Award, and School Medallion for Services to her school and wider community. She was elected as the First Year Representative of the UTS IT Society, BiG – eventually becoming the president of the society.

She has a passion for travelling , studying IT in France and worked in Shanghai as a social media strategist. In August, she will travel to San Diego for a six month program. Being in her final year of her degree, her main priority is to shape her career and have a clear direction in her progression as a professional. She anticipates gaining assistance to become a successful entrepreneur and start her own business. 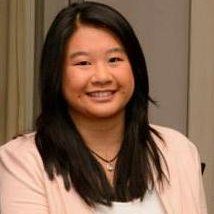