Hugh Evans is an Australian humanitarian and internationally renowned development advocate. He co-founded The Oaktree Foundation

Hugh then began working to grow the Make Poverty History campaign in Australia, helping run the 2006 Make Poverty History Concert (fronted to U2 singer Bono) and the 2007 Make Poverty History Roadtrip. The impact of these campaigns was later credited with playing a key role in the Australian Government’s decision to increase its committed foreign aid budget from 0.3% of Gross National Income to 0.5% of Gross National Income by 2015, resulting in an additional $4.3 billion per annum invested in the world’s poorest. Hugh holds a Bachelor of Science and Bachelor of Laws (Honours) at Monash University and has completed a Masters in International Relations at the University of Cambridge. 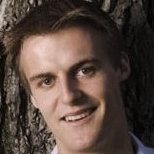