His writings include over 50 research articles, over 100 cases, three monographs, as well as multiple editions of several textbooks. George’s early and continuing research was on the role of financial analysis in the valuation and growth of companies. He subsequently broadened his research interests to include management control systems, entrepreneurship/venture capital, and sports business management. His textbook writings include Financial Statement AnalysisCost Accounting: A Managerial AnalysisThe Business of Sports.

George’s 2010 California Management Review co-authored paper on “Building Sustainable High-Growth Startup Companies” won the 2011 Accenture Award for the article that “has made the most important contribution to improving the practice of management.” He has won multiple other research awards including the AICPA Award for Outstanding Contribution to the Accounting Literature (twice) and the Competitive Manuscript Award of the American Accounting Association (twice). He is a winner of the Distinguished Teaching Award at Stanford Business School and has been awarded honorary doctorates from the University of Ghent (Belgium) and the University of Vaasa (Finland).

He is actively involved in the business community, especially with venture-capital backed startup companies and has served on the Board of Directors of multiple companies. He is also actively involved with sporting organisations around the globe, including directing executive programs for the National Football League (NFL) and the National Basketball Players Association (NBPA). 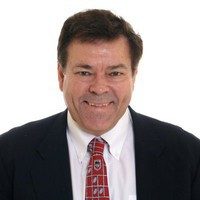