A distinguished international political economist, Geoffrey served as President of the Pacific Council on International Policy in Los Angeles and Dean of the UCLA International Institute before his return to Australia in 2008. Earlier in his career, Garrett held appointments at Oxford, Stanford and Yale universities. He is a Fellow of the Australian Academy of the Social Sciences, a Trustee of the Asia Foundation in San Francisco, and a Member of the New York-based Council on Foreign Relations, and he serves on the Advisory Board of Global Policy.

Geoffrey is a well-respected commentator on global business, economics and politics in major media outlets, such as the Los Angeles Times, China’s Global Times, Le Monde, The Times of India, and South China Morning Post. Additionally, he was a speaker at TEDx Sydney, has contributed to Foreign Affairs, writes frequent blog posts on LinkedIn and is active on Twitter.

His academic publications include “Partisan Politics in the Global Economy,” “The Global Diffusion of Markets and Democracy,” and “The Encyclopedia of Political Science.” Geoffrey has led C-suite executive education programs on the global economy for Columbia, Stanford, UCLA and Wharton, and in Australia, he developed thought-leadership collaborations with companies, including Chevron, Dow Chemical, GE, News Corporation and Northrup Grumman.

Geoffrey holds a BA (Honors) from the Australian National University, and an MA and PhD from Duke University where he was a Fulbright Scholar. 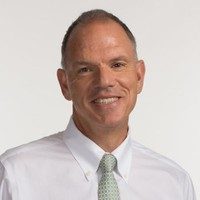