Professor Daryl Williams is the inventor and scientific pioneer of a new family of scientific methods for powder characterisation. Every solid drug substance developed globally in the past 15 years will have been tested for stability and moisture uptake using the instruments he has developed. These new experimental methods have been incorporated into global standards, transforming industrial and research practice in the pharmaceutical, food, personal care and materials industries. For the past 20 years Daryl has successfully led the commercialisation of his methods through the company he created, Surface Measurement Systems, a global developer and manufacturer of scientific instruments. It is rare and noteworthy for an academic to have such a broad commercial impact on world-wide industrial practices.

In 2020, Professor Daryl Williams and his team were short-listed for the Royal Academy of Engineering’s MacRobert Prize, whilst the Royal Society of Chemistry awarded Professor Williams the 2020 Chemistry World Entrepreneur of the Year Award. The success of both Daryl’s academic and entrepreneurial work has been recognised by major awards from Imperial College, the Engineering Employers Federation (now MAKE) as well as the Institution of Chemical Engineering. He received Imperial College’s President’s Medal in 2017, the EEF’s Future Manufacturing Award in Innovation for 2018 and the Institution of Chemical Engineers’ Geldart Medal in 2018/19 for his ‘major contribution to particle technology’. More than 7000 publications (papers, posters, abstracts and theses) have been published worldwide which include data that is derived from just one of Daryl’s techniques; 25% of these publications are patents. Now that’s a lesson in keeping your powder dry! 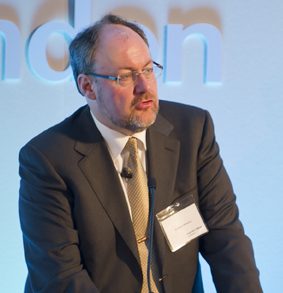