When Brandon was in high school he read a number of novels that opened his mind to the world of science and its potential in the future – namely Huxley’s “Brave New World” and Bova’s “Moonrise”. As a curious student, he has always followed his passion for the sciences – the new and innovative, which has led him to where he is today.

Currently a 5th year Monash University double degree student in chemical engineering and commerce (finance) Brandon’s time at university is one he aims to fill with as many fresh experiences as possible. Already he has become an active member in a number of groups and societies including the Society of Monash University Chemical Engineers, Monash Engineering Students Society, and Engineers without Borders.

Brandon prides himself on his ability to manage his time effectively and maintain a healthy work-life balance. As well as being an active member of both a hockey and tennis club, he has always been a strong, community-minded individual. His strong work ethic allows him to complete tasks and meet deadlines to an exceptional standard, and he is excited by opportunities to challenge himself and broaden his outlook on the world.

Brandon’s goals currently include completing his degree while maintaining first class honours and becoming a more confident pubic speaker in order to further his responsibilities in the roles he holds now and will hold in the future. Ultimately he sees himself being an all-rounded engineer, able to make valuable decisions on both the financial and engineering aspects of business projects. 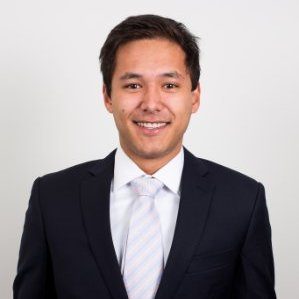