“What makes Andrew such a visionary in the clean tech industry is his powerful mix of strong technical expertise combined with his natural business and marketing talent. This combination enables him to synthesise the often conflicting requirements of various clean technologies, understand the customers’ true needs and craft innovative product and market based solutions. With these abilities Andrew can envision a clean tech future that will provide economic and environmental benefits to us all. His passion will help take us there.“

Andrew Tanner is a professional engineer who has over a decade of experience in concentrating solar and deploying advanced solar heating and cooling solutions. He assisted in starting Australia’s biggest success in solar, Ausra, from a garage in Sydney in 2002. As Project Engineer for the company, he based his working life in Singleton for four years to build Australia’s largest solar thermal installation which ultimately led to the largest Series A investment for a cleantech company in Silicon Valley ($50M). His role at Ausra involved the deployment of over 20MW of utility scale CSP (Concentrating Solar Power) technology, including Australia’s largest solar installation. Andrew also designed the heliostat technology currently being used by the CSIRO in Australia for their power tower systems.

In 2008, Andrew relocated to California to as VP Engineering at Chromasun, a leading developer and manufacturer of rooftop friendly high performance solar solutions. As VP Engineering, Andrew assisted in the development of the United States’ highest temperature rated collector as well as deploying a number of advanced heating and solar cooling systems. This included a double-effect absorption refrigeration system at the Crow Canyon Medical Center in California.

In August 2012, Andrew joined THiNKnrg as their Chief Engineer to assist in the project development and deployment of a number of heating and cooling technologies in the US as well as the emerging Latin American markets. The company has offices in Palo Alto, California as well as San Salvador, El Salvador where the company is developing utility scale renewable projects. In California the company has nearly 5MW of urban PV projects under development.

In addition to his engineering work, Andrew is the youngest mentor of Australia’s first cleantech Incubator, Ignition Labs. He has since been asked to be an advisor by one of the companies, Zenogen, which is involved in hydrogen production. Andrew’s designs have been implemented at the CSIRO and been involved in the development and construction of projects which have included DLR (German Aerospace). Andrew has also provided consultation to the US Department of Energy on solar thermal technology.

Andrew is listed on four patents and has been a co-author of over a dozen published papers. In 2008 he was awarded both the Sydney University Young Alumni Award as well as the Bulletin Magazine’s Young Achiever in Environment Category of their Smart 100.  In 2013, Andrew began studying the Global Executive MBA program at the University of Sydney (AFR BOSS ranked #1 EMBA) and was awarded the University’s Engineering & IT Faculty’s Alumni Award for International Achievement late last year. Andrew also regularly volunteers his time to present to engineering students at universities in Silicon Valley. 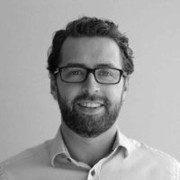