Tokyo; a global city of exceptional charm and breathtaking efficiency. With its traditional culture contrasted with a passion for everything new, Tokyo possesses a completely inimitable and unique culture.

One of the most complex and fascinating cities we’ve covered to date, it’s no wonder there are so many Australians who plan to visit, and  end up staying indefinitely.

Meet our members in Tokyo Elizabeth Cox: the Aussie using the power of advocacy to bring positive impact

Elizabeth Cox: the Aussie using the power of advocacy to bring positive impact Alex Daniel: reinventing the coffee scene in Tokyo, one cuppa at a time

Alex Daniel: reinventing the coffee scene in Tokyo, one cuppa at a time Jess Morton: I’ve been here a year and barely scratched the surface

Relocating to a new city with the intention of staying just a few months and finding yourself still there a year later is something many Australian expatriates have experienced. Jess Morton, the Country Lead at Uber Eats in Japan is no exception. Tak Adachi has been the Queensland Government’s Commissioner in Japan, one of the state’s largest export markets, since 2004. Melanie Brock: The world’s focus point is back on Japan

Melanie Brock first visited Japan in 1982 as a Rotary Exchange student and has never looked back. With over two decades of experience in Japan, Melanie has developed an excellent network of contacts in the corporate, political and diplomatic sectors and has played a pivotal role in strengthening Australia-Japan relations. Chris Hodgens: You name it, Tokyo has it

Chris Hodgens has an extraordinary take on Tokyo. Nearing his 20-year anniversary of living there, he has seen this non-stop city through many developments, its inhabitants in particular. Australians are known for infiltrating international cities with their food, wine, and café culture, and Tokyo is no exception – Fratelli Paradiso, the popular Potts Point-based Italian restaurant, landed in May last year. Kohei Tamura: My education in Australia helped me be where I am today

Tokyo-based Kohei Tamura is the manager of Special Projects & Innovation Partnerships at Rio Tinto. Kohei’s role involves working with Rio Tinto’s government relations team, as well as external stakeholders to set up a structure to enhance the bilateral relationship. 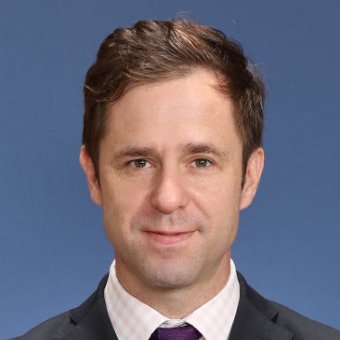 Ben Holt: The opportunity to tell the story of Australia was a source of great pride

Ben Holt’s journey to Japan began with an exchange in Osaka following his high school graduation, a move that changed the trajectory of his life “fundamentally”.

Check out Smartraveller advice for the Japan – subscribe to updates and register your travel plans here.

Interested in making the move to Tokyo? Check out our information on the requirements to obtain a working visa for Japan here.

Feeling hungry? If you are missing a taste of home Gourmet Traveller has a great guide to Australian restaurants making waves in Tokyo.

If you are a sushi lover, what better thing to do in Tokyo than learn how to make it? Two tours to check out are: Food Tours Tokyo and Sushi Making and Tsukiji Fish Market

Feeling thirsty? Have a coffee at a Cat Cafe with your feline friends. Check out the best ones here.

Top experiences and sites? Walk across the iconic Shibuya Crossing, one of the busiest intersections in the world!

Unique to this city? Find time to relax and soak in an onsen (hot springs)

There for a limited amount of time? Check out the New York Times 36 Hours.

Want to explore some more? Go see the 25 most beautiful places in Japan