Paris is one of the most visited cities in the world so there’s a good chance you’ve already been … and more than once. A city that has a timeless familiarity for first-time and frequent visitors, and residents alike, with instantly recognisable iconic architecture, exquisite cuisine and wine, chic boutiques and priceless art.

It is one of the great art repositories of the world, remains at the forefront of international fashion trends, and with over three dozen startup incubators, including the continent’s largest, Paris is fast becoming Europe’s innovation capital. Paris draws talent from all corners of the world; Australia is no exception.

Meet our members in Paris John W.H. Denton AO is laying the groundwork to future-proof the global economy – by making strides in sustainable development.   He recently moved to Paris to take the helm at the International Chamber of Commerce (ICC) as Secretary General Maxence Douet: A curator spicing up the digital space

Alumnus of University of Melbourne and co-founder of Paris-based digital solution company Animate Storiz, Maxence Douet, understands the ecosystem of the digital space. He has embraced emerging trends and offers people a way to see the world with new eyes through digital curation and online videos. Frederic Calinaud: A lawyer infusing his passion for acting with the courtroom

Frederic Calinaud once aspired to be an actor. But instead of pursuing an acting career, he became a lawyer, presenting facts to defend the rights of his clients in court – a different type of performing stage where he is shining bright. Catherine Martell is a successful global communicator who brings a dynamic spirit and profound experience in marketing and communications. Originally from Melbourne, her career has always revolved around understanding the needs of people and communities Annette Young: A journalist who dares to challenge conventional thinking

Originally from Australia and now based in Paris, Annette has reported from parts of Europe, the Middle East and Asia. Both curious and passionate, she is a journalist who has simultaneously fitted in and stood out, thriving in the media industry. Director Kinga Burza has made her mark on the competitive music video and commercial film industry through hard work, persistence, a willingness to take chances – and a healthy dose of Australian charm. Sydney-native Monique Foy, Director of Marketing, Communication and Image and menswear brand AMI Alexandre Mattiussi, dispels the rumours that working in the thick of the fashion capital is all allure. Joseph Allen Shea: I landed in Paris by chance

“I’m quite attracted to anomalies”, comments independent curator, publisher, writer, consultant and gallerist , during a conversation about what makes his approach unique. Coming from an unconventional curatorial background, Joseph Allen Shea parlayed his way into the art world through his graphic design, advertising and publishing, right into the heart of Paris. 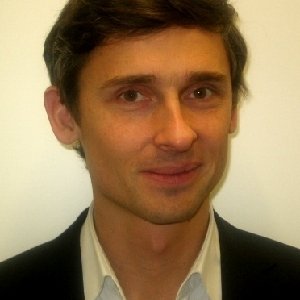 Damian Garnys: Australians play an integral role in the OECD

After a year on a French working holiday visa, Damian Garnys decided that Paris was a city he wanted to spend more time in. He is now working for the Organisation for the Economic Co-operation and Development (OECD). Stephanie Jensen: The OECD Forum in Paris was an incredible experience

Stephanie Jensen travelled to Paris in June this year. Not for a holiday, like most of her 26-year old peers, but as an Australian delegate to the 2017 OECD Forum as part of the Global Voices Program. Sarah Pank: I arrived here in 2006 for a holiday and never left

Meet Sarah Pank, a Sydney native who moved to Paris in 2006. Recognising a gap in the market for high-quality rental apartments, she decided to take matters in to her own hands and establish what’s now known as Apartments Actually. In 2016 Australian fashion designer Paul Vasileff made his Paris debut with a haute couture collection of gowns that each took between 800 and 1500 hours to embroider. A favourite on the red carpet as well as in the couture realm, the 2017 Young Australian of the Year is taking over the fashion world in a shower of sequins and flowers.

Check out Smartraveller advice for the France – subscribe to updates and register your travel plans here.

Thinking about making the move to Paris? You’ll be able to find some helpful information on visa requirements here.

Unique to this city? See Paris via Walking Tour.

There for a limited amount of time? Check out the New York Times’ 36 hours in Paris for both the left and right bank.