Constantly reimagining itself yet inextricably linked to its history-rich past, China’s capital is as compelling as it is complex. It’s a place where sights from the time of emperors sit side-by-side with modern architecture; where pensioners who lived through the Cultural Revolution browse in shops alongside the country’s coolest, most creative youth. Its rapid rate of development to accommodate trade and tourism opportunities is astonishing, and there are few places on earth that can match the extraordinary historical panorama on display in Beijing; there are six UNESCO World Heritage Sites in this city alone.

The expansive city isn’t just the political centre of China – it’s the cultural heart of the country too. The nation’s top artists, writers, movie-makers, and musicians congregate here, making it the place to check in with China’s ever-evolving cultural scene, making it a must for all-round art-ficionados.

Meet our members in Beijing In partnership with AustCham Beijing, Advance was pleased to host a Boardroom Breakfast with Yasmin Allen, Advance’s Chairman and one of Australia’s most experienced female directors on leading Australian company boards. Australian startup Sinorbis is making it easy for Western companies to establish a digital presence in China. Lisa Qin: Beijing feels like the centre of the world when you’re there

Lisa Qin describes the allure of Beijing as the “China Pull” – being intuitively drawn to a place without sometimes fully understanding why. She’s currently on her third stint in China and has spent the past four years in Beijing. Peter Osborne: In China you are participating in change at every level

Peter Osborne has lived and worked in a myriad of countries in Asia for nearly 30 years. Fluent in Mandarin-Chinese, Peter is responsible for Blackmores’ entire Asia business and overall strategy for Blackmores’ growth objectives in Asia. If there is someone who understands what is involved in scaling an Australian company to Chinese markets, it’s Brendan Mason. Having now lived in China for ten years, Brendan initially made the move to work at the helm of Cochlear in their China and Mongolia division. Kirsty Needham: The best part of my job is demystifying modern China

Kirsty Needham began her career in journalism in 1994. Ten years later, she accepted an Australia-China Council fellowship to spend three months in China working as a journalist with the China Daily in Beijing, where her infatuation with the fascinating city began. Liam Kearney is the Australian Government’s 2017 New Colombo Plan Fellow, based in Shanghai. The New Colombo Plan is a signature initiative to deepen Australia’s engagement in the Indo-Pacific through supporting undergraduates to undertake study and internships in the region. Amanda Barry: Our countries will only become more intertwined W were delighted to invite the Advance community to an evening hosted by Michelle Garnaut, CEO of M Restaurant Group and Advance Board Member, at her restaurant Capital M – Beijing. 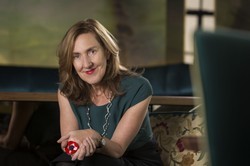 Australian born Michelle Garnaut is one of the most respected and recognised restaurateurs in Asia, and was described by Time magazine as “an industry celebrity” as well as “the pioneer of China’s fashionable-dining scene”. Kevin Zhang knows a thing or two about hospitality. He is the Chief Executive Officer of Argyle Hotel Group, a leading hotel management group founded in 2002 with nearly 100 properties throughout China and Fiji with a total of 17,960 keys.

Check out Smartraveller advice for the China – subscribe to updates and register your travel plans here.

Thinking about making the move to Beijing? You’ll be able to find some helpful information on visa requirements here.

Feeling hungry? Check out Li Qun restaurant if you want to try the tastiest peking duck. Phone ahead to order and your bird will be waiting when you arrive.

Feeling thirsty? LAN, a Phillipe Starck designed bar is a luxurious must. It has an eccentric mix of decor, an impressive wine list and the most extravagant toilets in Beijing. Don’t miss it.

Top experiences and sites? Visit the Forbidden City, just off Tiananmen Square. With 8,700 rooms and 800 buildings, it is the former home of China’s royal family. Also dont miss out on cycling through the Hutong. It is the soul of beijing where you will see the most interesting street life.

Unique to this city? While Westerners spend their evenings in bars and pubs, karaoke rules for the Chinese. Whether it’s to unwind after work, meet friends or celebrate, karaoke is always a good idea. Stop in at Partyworld for a sing along and some snacks.