With its picturesque canal network, rich history and vibrant cultural scene, the capital of the Netherlands is one of the world’s most unique city destinations for global travellers including energetic and adventurous Australians who are determined to shine bright on the global stage.

Meet our members in Amsterdam Marten Dresen is a trailblazer – teaming up the hospitality industry and social enterprise to find solutions to the world’s most pressing problems. He’s the Founder and CEO of Good Hotel Group. Bankingblocks is a wholesale banking solution for t Anthony Leigh Dunstan’s life has always revolved around music. He’s a composer and a classical music writer at Primephonic  – aa Amsterdam-based streaming service designed for classical music. His artistic talent comes from his devotion and hard work in pursuing a music career. He’s also been influenced by his family whose passion for music is no less than Anthony’s – his mum plays piano and sings and his dad being an amateur trombonist. “It’s strange to say but a kitchen/restaurant is where I am most comfortable and where I am happiest.” It’s a genuine revelation and makes sense of how Alex Haupt landed a career in hospitality as the chef-patron of 101 Gowrie, an emerging fine dining hotspot in Amsterdam. 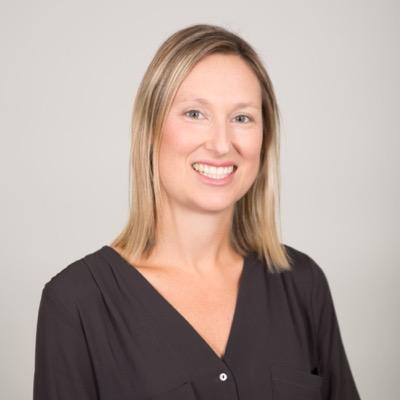 Susan Perry: There is something special about riding your bike along the beautiful canals. It’s such a great way to commute – especially as it’s so flat!

Susan Perry is one of the many audacious global Aussies with an adventurous spirit. After a two-year entrepreneurial journey, Susan made a return to corporate life with fresh perspectives and new skills and subsequently joined Booking.com as Global Head of Marketing for BookingSuite. She is based out of Amsterdam in the headquarters of the global travel fare company. Claire Sullivan: at the forefront of Amsterdam’s appetite for healthy eating

Claire Sullivan, creator of CRAVE good food, is determined to shake up that status quo by bridging the gap between convenience and healthy eating. Lotte Haverman: at the forefront of protecting children’s mental wellbeing

Dr Lotte Haverman wears many hats – clinician-scientist, child psychologist and researcher. Based at Amsterdam’s Emma Children’s Hospital, Lotte plays a vital role in supporting children’s mental wellbeing as a child psychologist helping children and families to cope and accept medical diagnosis, as well as providing treatment for trauma, depression and anxiety related to their medical conditions.

Check out Smartraveller advice for Amsterdam – subscribe to updates and register your travel plans here.

Hop on a bike: Cycling is one of the best ways to get around Amsterdam, and no visitor should leave without experiencing the city’s world famous bike culture.

Anne Frank House: Anne Frank is one of Amsterdam’s most well known former residents. The Anne Frank House at Prinsengracht 263 in Amsterdam is where she lived in hiding with her family for more than two years during World War II. Now converted into a museum it contains a sobering exhibition about the persecution of the Jews during the war, as well as discrimination in general.

Van Gogh Museum: For both locals and far-travelling visitors, the Van Gogh Museum is a unique and inspirational experience. Alongside the legacy of Vincent van Gogh’s instantly recognisable impressionist works, such as his landscapes, self-portraits and still lifes – especially ‘Sunflowers’ – the museum provides opportunities to track the artist’s development and compare his paintings to works by other artists from the 19th century – those who inspired him and those who drew inspiration from him.