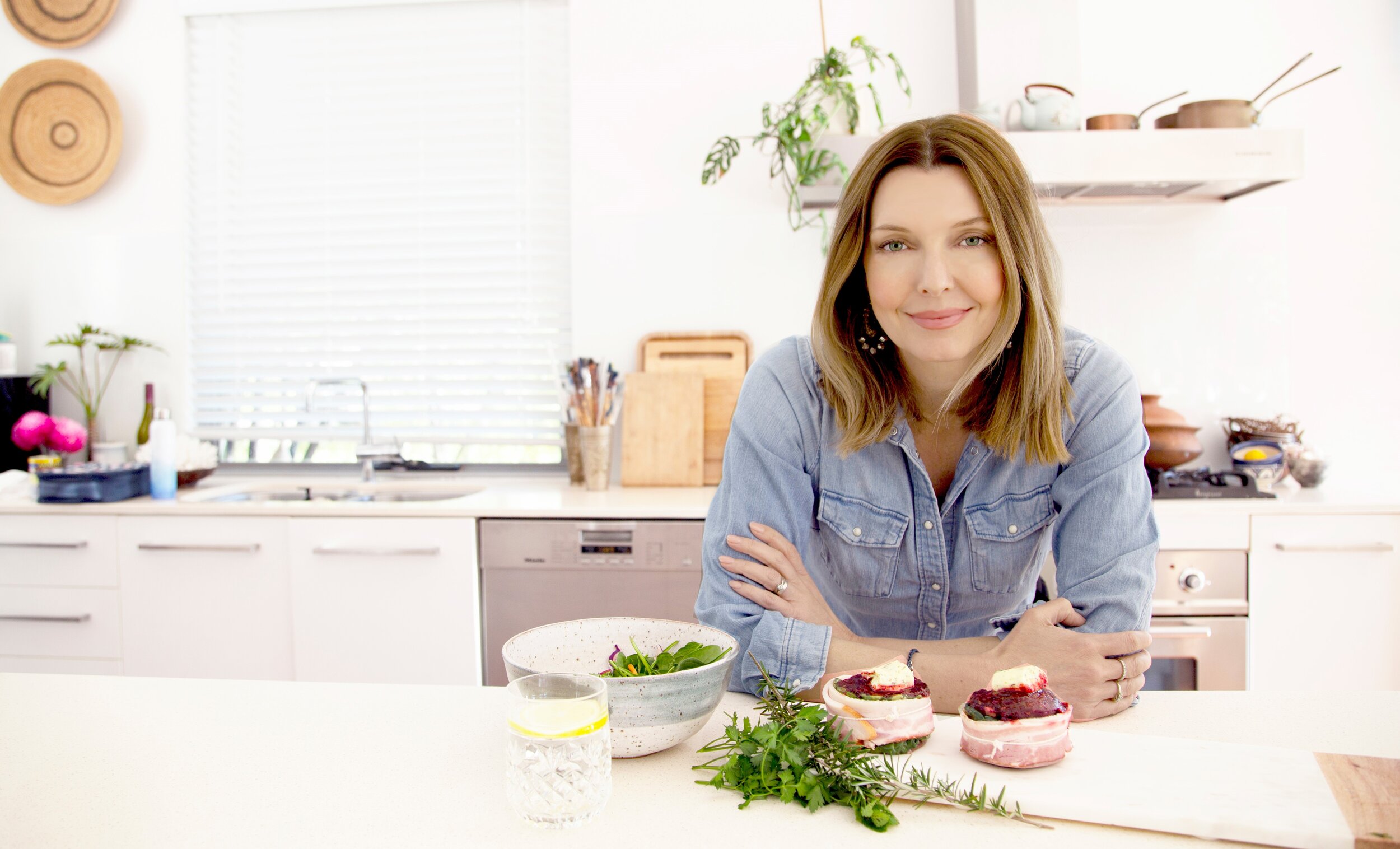 Today, it’s not uncommon for Australians to pick Asia as a destination to gain international exposure and expand their career portfolio. But when Aussie Heidi Dugan chose to leave home and explore China over two decades ago – in a city which was not the metropolitan city it is today- it was a pretty adventurous and bold decision.

Heidi, after finishing her studies in “Wuhan” the center of China, moved to Shanghai and became a TV personality on the International Channel Shanghai. She was the first foreigner in China to host a TV show: You Are The Chef – a cooking show featuring 5 Star chefs who share their insider tricks to cooking simple but amazing food – now after 18 years of the show being aired daily, both the show and Heidi have become household names – no mean feat in a county of 1.3 billion people!

She is also the only foreigner to be given the permit to host livebroadcast on TV. She does this through the Oriental Shopping Channel, where she is known to do millions of dollars’ worth of sales in just a few hours. An experience she describes as “incredibly exciting and also a little scary”.

Heidi is in person vibrant and friendly and believes it is important to give back to the communities she lives and works in. Besides her TV career, she set up a company with her business partner Shirley Guan called “Chef Mama”. The company’s goal is to empower mothers through training and events sharing and teaching them different ways to live happier, healthier lives so they can then share with their families, friends and communities they’re a part of.

We caught up with the global Australian to talk about her work and how she ended up starring on TV in one of the world’s most glamourous cities in the world, Shanghai.

What prompted you to leave Australia for Shanghai?

“My studies and work experience started in acting, so at the time it seemed like I was really pursuing a different path by choosing to come to China, but I thought that it would be a good opportunity for me to visit and experience a different culture. I was presented the opportunity to enroll in a course at the Royal Melbourne Institute of Technology at the time when I was on a scholoarship in Japan,  which I thought I would do and then pursuing my acting in the US or UK after that. I ended up in Shanghai! I met a number of people here, was offered a job in real estate and then after that I was back in the media industry and I started working in TV.”

What was your first impression of the city?

Shanghai is such an amazing city.  Having first landed in from Wuhan, my comparison and initial impression of Shanghai was that I had landed in heaven. 23 years ago the city was definitely not what it is today. I remember being stopped on the street by an Indian man. He was so excited, to stop and chat with me be because I was the only foreigner that he had seen all day.

You made your name as the first foreign host for the You Are The Chef cooking show, how would you describe that experience?

Back then, and even still to this day foreigners are not allowed to host a show. So it was a big thing to go from being a guest on TV to being a host and having my own show. It was really welcomed by the audience and was different to anything else on tv at the time. The show has been airing daily for the last 18 years, which is truly amazing. Now I have people coming to me saying they grew up watching the show.

What are your most memorable moments working as a TV Host?

I love filming You Are The Chef, the travel and getting to eat and experience amazing foods and working with some of the best chefs in the world. Probably my most exciting, and most memorable moment though was more recently whilst hosting shows on Oriental Shopping Channel. I love how it enables me to use a combination of my skills in business, marketing and sales along with me TV skills.

I was really blown away with being live on TV. Everything is so much faster pace and you get instant live feedback whilst you are talking,  how many people are watching, on the phone asking questions, and then buying. Suddenly I was able to see exactly what it was I said or did that hooked people in and converted to a sale. That sort of information is gold. Live broadcast is just so exciting and a little scary, I definitely get nervous when I don’t see the conversion to sales and I’m not hitting my targets, but that in itself means I have to change what I am saying or show the audience something different. It means I’m always kept on my toes and adding in things that I feel will resonate with the audience so they feel compelled to buy, then you see the sales increase and bang it’s the end of the show.  We’ve done over 2 million dollars in sales in just one and half hours. I love it.

What’s the idea of Chef Mama?

I was invited to join Chef Mama as a partner by the founder Shirley Guan six months after she launched the company.  Its very much focused on helping woman and mothers by hosting classes and events both on and offline that will improve their quality of life and health. Then hopefully that rubs off on the people they come in contact with. We work closely with The Shanghai Women’s Association and District Government to create a bigger voice and reach more people. Its also a great opportunity to introduce brands and products that we believe in, that are tried and tested and add value to the woman/mother.

What are your recommendations for Shanghai dishes that visitors can’t miss?

One of my favorite Shanghai dishes is wontons. My mother-in-law makes them for me and they are to die for. And then the other dishes would be Xiao Long Bao (steamed soup dumplings) and Kao Fu (a form of wheat gluten, often sold dried, that tastes kind of like tofu).

What’s something interesting that most TV audiences don’t know about you?

People are always asking me how I can eat so much and not get fat? Most of them don’t know that I am incredibly diligent with exercising for about 15min – 30min everyday, and I very rarely ’ snack or eat processed food. I also have a pretty healthy daily routine.

I wake up at 5.20am, meditate and do breathing exercises, then either do my own exercise routine at home, go for a jog or go and do yoga. Get the kids ready for school, go to work or go to the TV station or film shoot, pick the kids up from school, dinner, relax and read a book. Then I’m in bed by 9:30pm.