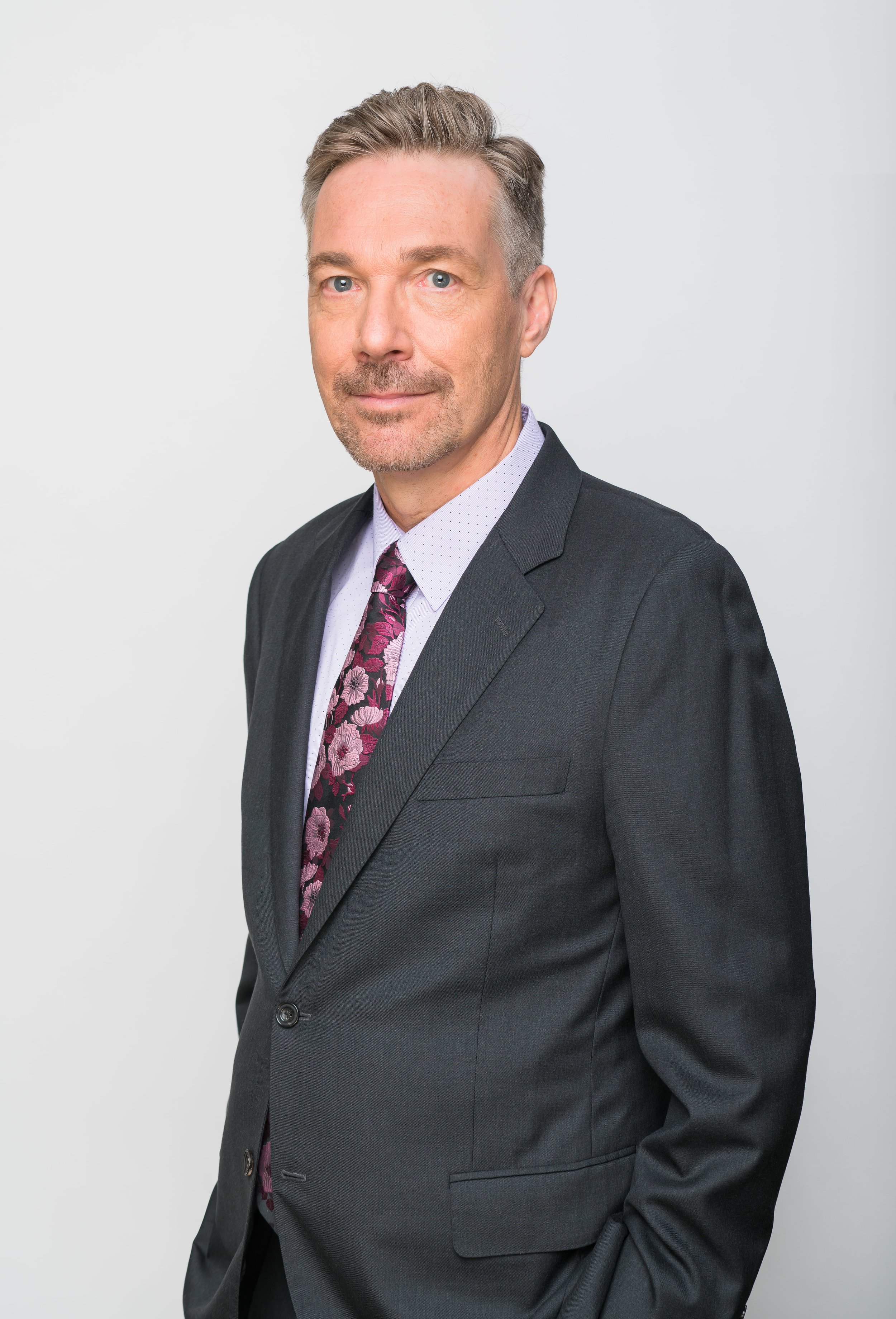 Gordon Perchthold is a global Aussie who truly reflects a “go hard or go home” attitude. Currently residing in Singapore, the transplated Sydney-sider (born in Canada) started his overseas adventure over 30 years ago.

With a global career spanning multiple countries and cities including Melbourne, Sydney, Toronto, New York, Cape Town, Seoul, Tokyo, Phuket, Hong Kong and Singapore, he has distinguished himself as “Asia-capable” – a concept “which encompasses the attributes and skills needed by an individual, or a multinational, to effectively operate across Asia”.

Gordon recently landed himself an exciting gig at the Singapore Management University as the Associate Professor of Strategic Management (Practice), empowering the next generation of #bornglobal leaders.

How long have you been in Singapore? What made you leave home for Asia?

I relocated to Singapore in May 2017 to take up a faculty position at Singapore Management University. Prior to that I had been living in Hong Kong for seven years and I started working and subsequently resided in multiple countries throughout Asia since 1998. This was the time of the Asian Financial Crisis – during which a management consulting assignment to develop a global operating model for a New York City-based corporation took me to Jakarta, Bangkok, and Beijing where I observed riots, turmoil, and the entry of developing countries into the global economic system. That was the era in China when bicycles still ruled the roads, and foreigners had to settle for three-star hotels – not that long ago. So, the draw to the growth opportunities in Asia was irresistible.

What does it mean to be Asia-capable? What are the most common challenges for MNCs to obtain the capability?

I have to give credit to Asialink Business and PwC for the term ‘Asia-capable’, which encompasses the attributes and skills needed by an individual, or a multinational, to effectively operate across Asia. These include proactively acquiring knowledge; seeking out the experiences; developing the relationships; and adapting behaviour to the many different, sometimes confronting, cultural and business contexts throughout Asia. Personally, I believe that Asia-capable refers to individuals and multinationals who are: able to overcome the confidence borne of their success within their home country; comfortable with the ambiguity when working in diverse environments, and who appreciate that there is not one best way to achieve an outcome. The common challenge for MNCs to become Asia-capable, based on both my work experiences and academic research, is educating a critical mass of executives and managers within corporate headquarters that a diversity of approaches among countries of different political-social-economic systems can achieve similar outcomes to that achieved in the home market. Personnel in the home country must be motivated to: absorb information about foreign markets that doesn’t conform to their worldview; take the risk to explore and engage with people from those Asian countries; and recognise that it will take a decade or more to develop sustainable businesses in Asia, just as it took their home country corporation a decade or more to build capabilities, scale, and relationships to become a successful business there.

How important is being Asia-capable for international organisations?
Australia has been very successful at exporting natural resources to Asian markets, and hosting foreigners as tourists and students in their home market. But Australian corporations, outside of the resources sector, have not yet demonstrated a successful track record of establishing, building, and sustaining business operations throughout Asia. Many have dipped their toes in Asia, only to subsequently divest, partially or fully. There are a few success stories, but not enough of them, especially given Australia’s strong entrepreneurial orientation and its world-class educational, financial, and public infrastructure. A key factor has been the lack of appreciation of the need to build Asia-capable managers and firms. So, becoming Asia-capable is critical for international organisations.

What lessons can Australia learn to be Asia-capable?
The overriding lesson is you must be strategic. There is no dispute that Asia is already the largest potential career and revenue opportunity for Australian individuals and corporations. The math is simple: population scale multiplied by growing per capita income equals opportunity. By definition, strategy requires sustained investment in pro-active initiatives to achieve mid-to-long-term positioning rather than vacillating in response to pressures to show short-term returns. This is a significant challenge for public companies in Australia where capital markets and media do not always reflect on the balance needed between short-term and long-term initiatives. It’s also a challenge for individuals where their personal investments towards becoming Asia-capable may not be fully appreciated within their home country. The lesson being that there can be no long-term gain without short-term pain. As Australia is a successful sports nation, that adage should be familiar. It is not easy swimming upstream but as those of us who have persisted in Asia, the rewards from Asia are certainly high, if one is patient.

What drew you to teaching? How was your role transition and expansion from corporate consulting to teaching?
There were both push and pull factors. The push to switch occupations was the recognition that we can live decades past the traditional retirement age and that doing the same occupation for 50 years would get boring. The opportunity to relate my 25 years of industry experience, where we often can get lazy in our thinking as we solve problems based on what we have seen before, to the rigour of academic international business research and frameworks was an attractive proposition. The pull factor was the opportunity to ‘give back’ by contributing to the development of the next generation of international business executives, especially because most of today’s senior MNC executives have only received academic education that is structured around a single market perspective – they have learned to be Asia-capable ‘on-the-job’ when working in international roles.

Becoming an Associate Professor at a top-ranked university has been challenging. While I have extensive experience in the corporate world, I am an apprentice within the university environment. The ongoing demand for research and publication output, in addition to teaching, means that the work is never done. But it is the engagement with curious, energetic, and yes, somewhat idealistic, students, who are about to transition from university to employment, that has been exceptionally fulfilling.

What are your biggest accomplishments in your career?

Becoming a Partner within Deloitte Consulting was indeed a milestone. As was serving some of the world’s leading multinationals in various locations in Asia in my own entrepreneurial consulting firm. Of course, attaining a PhD as a mature student is not a common occurrence.  Few individual events stand out, but rather, it is the kaleidoscope of accumulated experiences, both personal and professional, across dozens of countries and cultures. All of this has been shared with my wife of 23 years (also a former Partner at Deloitte Consulting). Maintaining a strong relationship with a partner across decades living through the trials and tribulations of continuous change across diverse, sometimes confronting environments, is a career and life accomplishment!

Having lived and worked in multiple cities, what’s your favourite city and why?
Now, that is a tough one. I’ve resided in ten cities and worked in dozens of cities around the world. Every city has both attractions and detractions depending on the objectives one is pursuing. Sentimentally, ever since I left Australia in 1989 to pursue my MBA in Canada, my objective has been to return to Sydney, a city of beauty, vibrancy, and great opportunities for hiking, running, and swimming – but for the past twenty years, the opportunities in Asia have continually presented themselves and slowed my return.

Remaining humble that: ‘no, I may not know the answer despite my confidence that I do’; open to that: ‘wow, I never thought of it from that perspective’; and patient for that: ‘everyone needs to be brought along the journey, including myself’.

What’s your favourite thing about Singapore?

I continue to marvel that this rock has no natural resources and was poor and crime-ridden upon independence in 1965. All it had was its people. Yet today, Singapore is a safe, ‘smart city’ with world class infrastructure and one of the top five countries in the world in terms of per capita income. Singapore’s forward planning orientation, and the constructive collaboration among business, government, and universities to solve challenges to the future prosperity of this city-state are key enablers.

Does your Singapore experience meet your expectations?
For Westerners, Singapore is often referred to as ‘Asia for Beginners’. I seem to have done Asia in reverse, starting with South Korea, one of the more challenging postings, and moving progressively, south. Indeed, Singapore is an easy place to live – everything works!