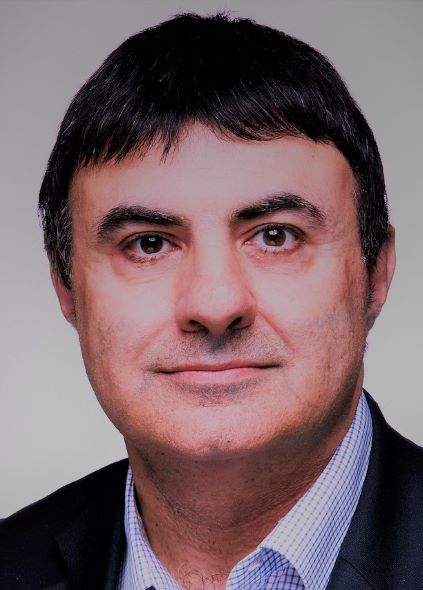 A veteran in biotechnology, Alek Safarian’s no stranger to London – he was raised and grew up in the city before migrating to Australia. And so two years ago, his decision to relocate back to where he came from – a city full of life and filled with exciting happenings like the nature of biotechnology – was a no brainer.

Alek’s the CEO of ALSA Holdings – a Europe based biotechnology investment firm with a focus on novel therapeutics at preclinical Proof-of-Concept (POC) or early clinical development stage. Prior to that, he was the founder and CEO of clinical Contract Research Organisation, Novotech.

“I loved both the science and the business side of the industry from day 1 in equal measure, so when I had the opportunity to study for a MBA a few years after graduating pharmacy, it was a natural path to go down.  Combined, they’ve been instrumental in how my career has unfolded.”

In biological terms, his education was the catalyst for his biotech career. And taking the helm of ALSA Holdings was part of a cascade of biochemical reactions propelled by his professional background and experience, resulting in his London move.  With over two decades of experience in the servicing side of the biotech business, he has a challenging but smooth transition landing in the venturing side at ALSA Holdings.

We speak to Alek about his career aspiration and the exciting side of biotech.

What brought you to London? And how long have you been living there?

I’ve been here for a little over two years.  The move from Sydney was a mix of career and lifestyle choice.

What were you first impressions of London?

I actually spent some of my childhood and school years in London back in the 70s and early 80s before the family emigrated to Australia.  So, coming back to live as an adult had somewhat of a “Back to the Future” feel to it.  If anything, London feels even more cosmopolitan and high energy now than I remember it.  I also love the proximity to major European cities and ease of getting around the continent.

How did your experience at Novotech prepare you for your work at ALSA Holdings?

The technical side of the work at ALSA is much the same as at Novotech, but the business model is very different.  Moving from the services side of the industry to the venture investing side comes with challenges on a couple of different levels that just didn’t apply before.  However, the experience at Novotech was great preparation in the sense that nearly all the companies we worked with at Novotech were venture backed biotech companies, so seeing first hand some of the issues they had to deal with on a daily basis was great preparation for what I’m doing now..

What’s the most challenging part of running a biotechnology investment firm?

There’s so much exciting innovation in new drug development these days that as a venture capitalist, some of the most challenging aspects of the job is staying disciplined in assessing different opportunities objectively, deciding which deals you are going to advance and which ones not, and why.  Regularly challenging yourself to improve internal processes in what is ultimately an endeavour where decisions can have a binary outcome, and be several years in the making.

What are the biggest lessons you’ve learned as CEO at Novotech and ALSA Holdings?

I think there are certain truisms in running any sort of business: treating people right, having a clear set of organisational goals and objectives and communicating these to the rank and file, being prepared to listen and explaining decisions whether popular or unpopular, taking the time to celebrate victories and learning from defeats, taking care not to make the same mistake twice – these are probably some of the most valuable lessons I’ve learned in business.

What’s the most exciting project you’ve worked on?

It’s still early days at ALSA, but honestly there’s so much innovation in biotechnology these days that it’s hard to pick!  A lot of what we look at are in new cancer treatments, and in cell and gene therapy.  The pace of new game-changing developments in the field in the last 5-10 years has been nothing short of extraordinary, so it’s really exciting to be looking at so many early stage biotech products that in a few years could completely transform how a given disease is treated and managed.

How has your study at the University of Sydney helped to advance your professional development?

It turns out pharmacy is a great degree for a career in the pharmaceutical industry, and in drug development in general!  I loved both the science and the business side of the industry from day 1 in equal measure, so when I had the opportunity to study for a MBA a few years after graduating pharmacy, it was a natural path to go down.  Combined, they’ve been instrumental in how my career has unfolded.

What do you like most and least about your London experience? What surprised you most?

The buzz and energy of London is hard to beat.  There’s always something to do and new things to experience.  As an Arsenal fan it’s also great to be able to watch a football game live at the stadium and on a Saturday afternoon, rather than 3 o’clock in the morning!  What do I like least?  I’d have to say listening to more commentary on Brexit!

If you hadn’t chosen to base yourself in London, where would you go?

Probably New York, for similar sorts of reasons as London.

Your recommendation for good (Australian) coffee in London?

London has actually come in leaps and bounds when it comes to good coffee.  A lot of it is down to the expat Aussie and Kiwi influence!  There’s a lot of choice for quality coffee now, and new ones are springing up all the time.  I like the Beany Green near Paddington.  Nice ambience, good food and coffee, outdoor seating, great way to while away an afternoon or have a relaxed business meeting with a biotech executive!