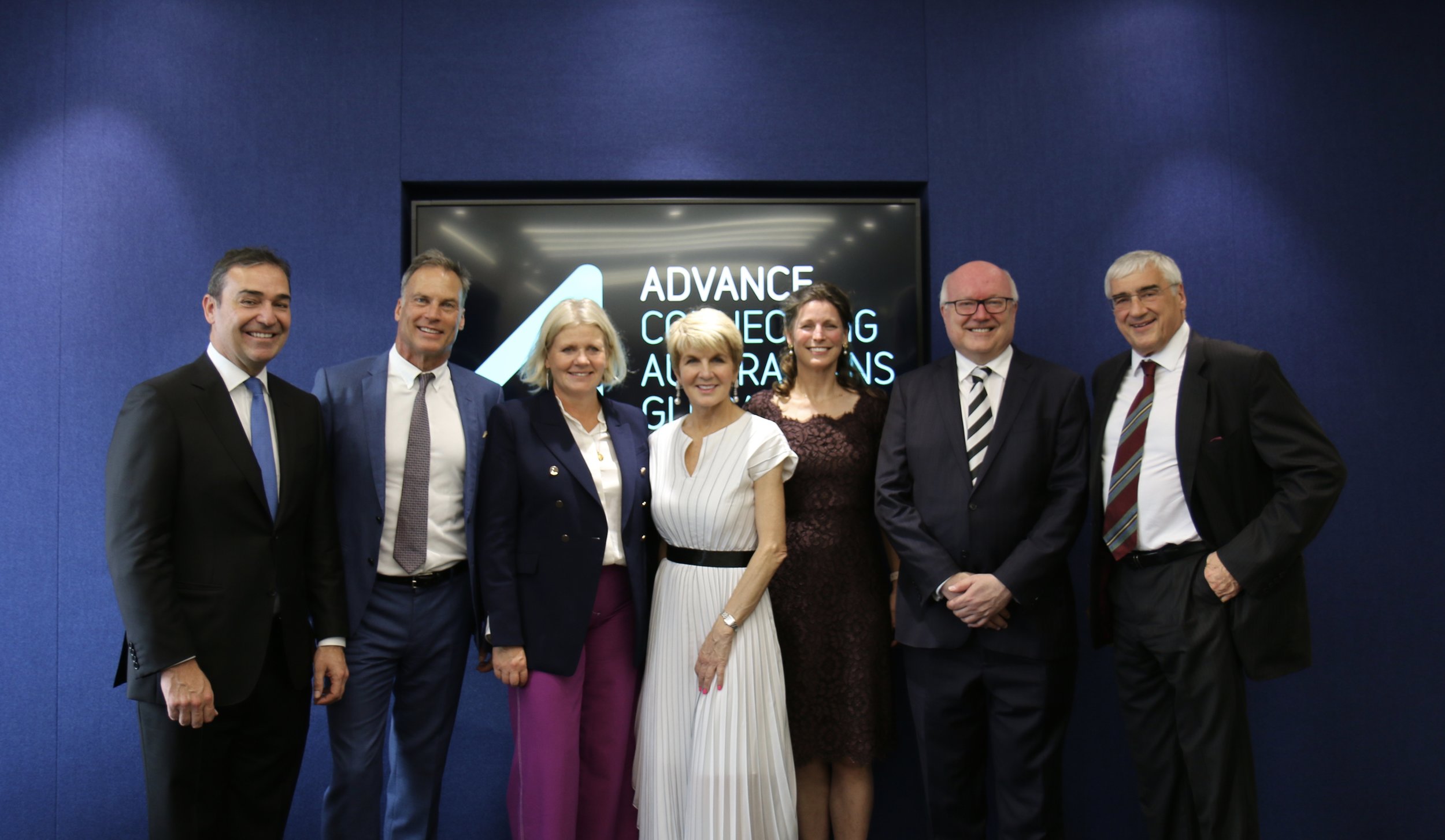 Advance, the leading global network of offshore Australians, demonstrated the strength of the country’s diaspora at its UK relaunch in London on July 10, attended by a number of high profile Australians.

Hosted by Sir Michael Hintze at his CQS offices overlooking Trafalgar Square, the event underpinned the importance of the UK for Australia’s expat community and the critical role Advance plays in keeping them connected to one another and to Australia. Among the attendees were The Hon. George Brandis, Australia’s UK High Commissioner; Advance Chairman, Yasmin Allen;  Sir Michael Hintze; Julie Bishop; Premier of South Australia, Steven Marshall; and Peter Flavel, CEO Coutts Bank UK.

Advance, started in NYC in 2002, is uniquely tasked with acknowledging the value of the Australian diaspora and forging links between this important community and Australia, for the benefit of the country. Advance connects and champions great Australian talent back into the Australian economy, whether physically or intellectually, through business and academic ties and partnerships.

Through its Annual Awards, Advance has been responsible for raising awareness of some of Australia’s most successful, talented and high achieving expats, including UK-based Leanne Kemp, Founder of Everledger.

Speaking at the event, Yasmin Allen, Chairman of Advance said: “Australians go overseas because their talent and drive win them a place on the world stage. They follow their dreams and this international exposure expands their perspective and experience.  It is to Australia’s enormous advantage that we have a talented, energetic and highly successful diaspora.  Our mission is to forge links between Australia and this diaspora, to deliver benefits to our nation.”

The Hon. George Brandis commented: “There are some 140,000 Australians in the United Kingdom and Advance’s global networks assist in providing connections, advice and ideas that empower global Australians.”

Advance UK Ambassador, Jeannie Lopes added: “Australia mirrors its people: democratic, pragmatic and successful. Advance is a unique force in the world helping the global diaspora of Australians, but also reaching out for our country: together we exert influence for a wider trading world. “