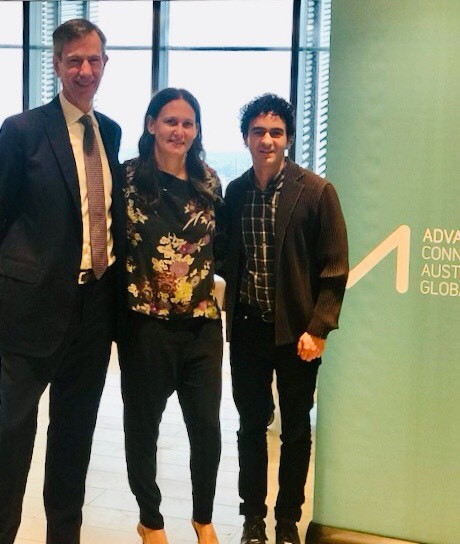 Advance was delighted to host an intimate lunch with Jeremy Heimans, acclaimed author and winner of Advance’s inaugural Social Innovation award, at the elegant Barangaroo offices of Advance Partner, Gilbert + Tobin in Sydney on May 3.

Jeremy co-wrote the 2018 bestselling book, “New Power” with Henry Timms, praised by the New York Times’ David Brooks as “the best window I’ve seen into this new world” and by The Guardian as “a manual on how to navigate the 21st century.

He is also the CEO and co-founder of Purpose, a global organization headquartered in New York that builds and supports movements for a more open, just, and habitable world. Purpose has advised organizations such as the Bill and Melinda Gates Foundation, Google and UNICEF.

Jeremy has been named one of Fast Company’s Most Creative People in Business, The Guardian has named him as one of the ten most influential voices on sustainability in the US, and The Monthly observed that Heimans “might be the most influential Australian in the world.”

Jeremy is the epitome of an Australian global gamechanger, taking his unique philosophy to the rest of the world, while remaining vitally connected to Australia.

Particular thanks to Advance Partner Gilbert + Tobin for sponsoring the lunch.