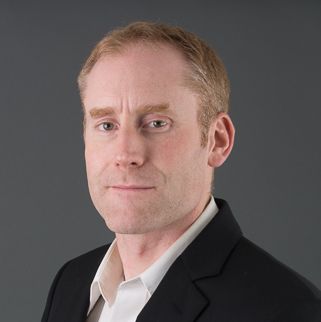 For Daniel Faber, a curious space explorer, the sky’s definitely not the limit.

He’s fueling his passion for space exploration with an ambition to build the first-ever gas station for satellite refueling as co-founder and CEO of Orbit Fab.

Moving away from Australia about a decade ago, Daniel has lived in multiple cities to work on various space projects and undertake research. His “aha! moment” didn’t arrive until after his work at Deep Space Industries – a space technology and exploration company working on in-space resource extraction – which led to the birth of Orbit Fab in 2018.

That same year, the company made it one step closer to refueling satellites in space with its launch to space of an experimental fluid transfer system.

While he’s endeavouring to bring that vision to reality, he’s also working on developing space entertainment at Space Arena as CEO, in parallel with the research work in the fields of small satellites and mining instrumentation at Heliocentric Technologies as President and CTO. Plus, he’s also the Board of Advisors at National Space Society.

With over 15 years of experience in space industry, he’s a global Australian and a game-changer who has made his mark in cities all over the world, and in Space…

How did you get started in the aerospace industry?

During my first year at university with UNSW in Sydney I was trying to figure out what to do with myself. I wanted to do something useful for the world and started considering existential risks. This led to the conclusion that getting humans off this rock was the most important thing I could be working on. I decided to spend my career figuring out how to create permanent jobs off Earth in order to bootstrap humanity’s settlement of the solar system.

What made you move away from Australia?

There were no spacecraft being built in Australia, no space agency, no companies that could teach me anything about this field. I’m glad to note that that has now changed a little.

What’s one of the biggest challenges in space exploration?

Exports. There are currently only two commercial exports from space: telecommunications services and Earth imagery. Both of these are ably served by robotic systems, so there is no demand for human workers. On Earth we find people living in all manner of inhospitable places so long as there is a paying job for them to do. One export job can create 10 to 100 internal economy jobs, so everything will follow once we have achieved that first step. The defining challenge of my career has been to find new export markets from space that will create the first permanent job in Earth Orbit as part of a profitable business endeavor.

Can you tell us the vision behind establishing the first gas station in space for satellite refueling?

When I started thinking about creating permanent jobs in space, I listed all the industries that I thought might generate sufficient revenue to be able to support the cost of keeping someone alive and happy up there. My list only had two things: tourism and mining (since then I’ve only been able to add two more). I couldn’t see myself as a tour operator, so I started thinking about mining. The first step was to learn how to build satellites, and I was lucky enough to work for some amazing companies around the world on the core team building about a dozen satellites. I was always working on side projects and thinking about starting a company, so my first startup developed a geochemical assay instrument for the terrestrial mining industry.

After a few more startups, I had the opportunity to help found, and later to lead, Deep Space Industries.  DSI had the Big Hairy Audacious Goal of mining asteroids, and a focused business strategy of developing thrusters for small satellites. These thrusters run on asteroid-derived propellants, but more importantly they meet a need in the market and have been commercially successful. While speaking with customers, and also while doing our own spacecraft designs, it was apparent that the constraints of limited fuel is a real pain point.

The vision of Orbit Fab is to address that pain point and enable a bustling industrial economy in space by supplying propellant and other chemical products. My personal goal in this is to create a market for propellants and place the first purchase order with an asteroid mining company.

What’s your most exciting experience working in the space business?

For me it’s seeing someone using something in space that I’ve helped to build. Scientists using the images from a space telescope to discover new things. Engineers using the thrusters to operate their satellites. People making important decisions because of the data collected by a satellite. These are the real highlights – when you know that you have contributed to something that’s really valuable to someone.

Having lived in multiple cities, what’s your favourite place to live and work? Why?

I’ve lived in 15 cities in seven countries across four continents, and most of them were great in their own way. In 2009 I was in Silicon Valley for three months working on nuclear fusion reactors (a story for another day) and realised that it was the only place I had been to where I didn’t have to justify myself as an entrepreneur. Silicon Valley attracts driven people who believe that building a company is the best way to bring their ideas to the world. It has this attraction precisely because it already has people with the same ambition and same outlook. I felt at home.

It took me a few years to get back, but I’ve been here for 5 years now and I don’t expect to leave.

What has living in different countries taught you about life and work?

Having lived in different countries, I have many friends and colleagues with different values and perspectives, and I have learned to make the most of these differences. It is important of find a culture and lifestyle that fits your own values. As an entrepreneur, the freedom, support, and opportunity to build a business were very important.

Australia’s space industry has been reinforced following the establishment of the Australian Space Agency in Adelaide. Would you consider relocating back home?

I consider moving back all the time. From 2009 to 2011 I did move back and lived in Canberra. That was during the last period that the Australian government showed an interest in space and operated the Australian Space Research Program for four years. I left because there was little comprehension, support or experience in Australia for entrepreneurial space companies, which made it hard to find business partners, investors, and early customers.

Recently, I have spoken with the VC investors and accelerators that are active in the space sector in Australia. They view their role as introducing Australian entrepreneurs to US investors and customers. I’m already based in the US, so it doesn’t make sense to move back for a business and environment where I will likely have to leave again. If I move back, the reasons will all be personal.

What advice do you have for people who want to follow your lead and enter the space industry?

Go abroad and get as much experience and make as large a network as you can. Just show up, find a job in the industry, and then start working on more projects in your spare time. For the first few years, don’t prioritize your salary, your job security, or where you live, as these will be easy to work out once you are established in the industry.

Australia is an amazing place to live, so everyone will be tempted to move back and bring their experience with them. If you do move back, find like-minded people and support them.

I miss my family, who are all in Tasmania and Victoria. There are a few things about the culture I miss as well: the straight-forward nature of how Australians communicate and the quality level of everything, which is higher than anywhere else I’ve lived. Also, the individual freedoms and effective institutions that Australian’s enjoy, which are hard to appreciate until you have lived abroad.