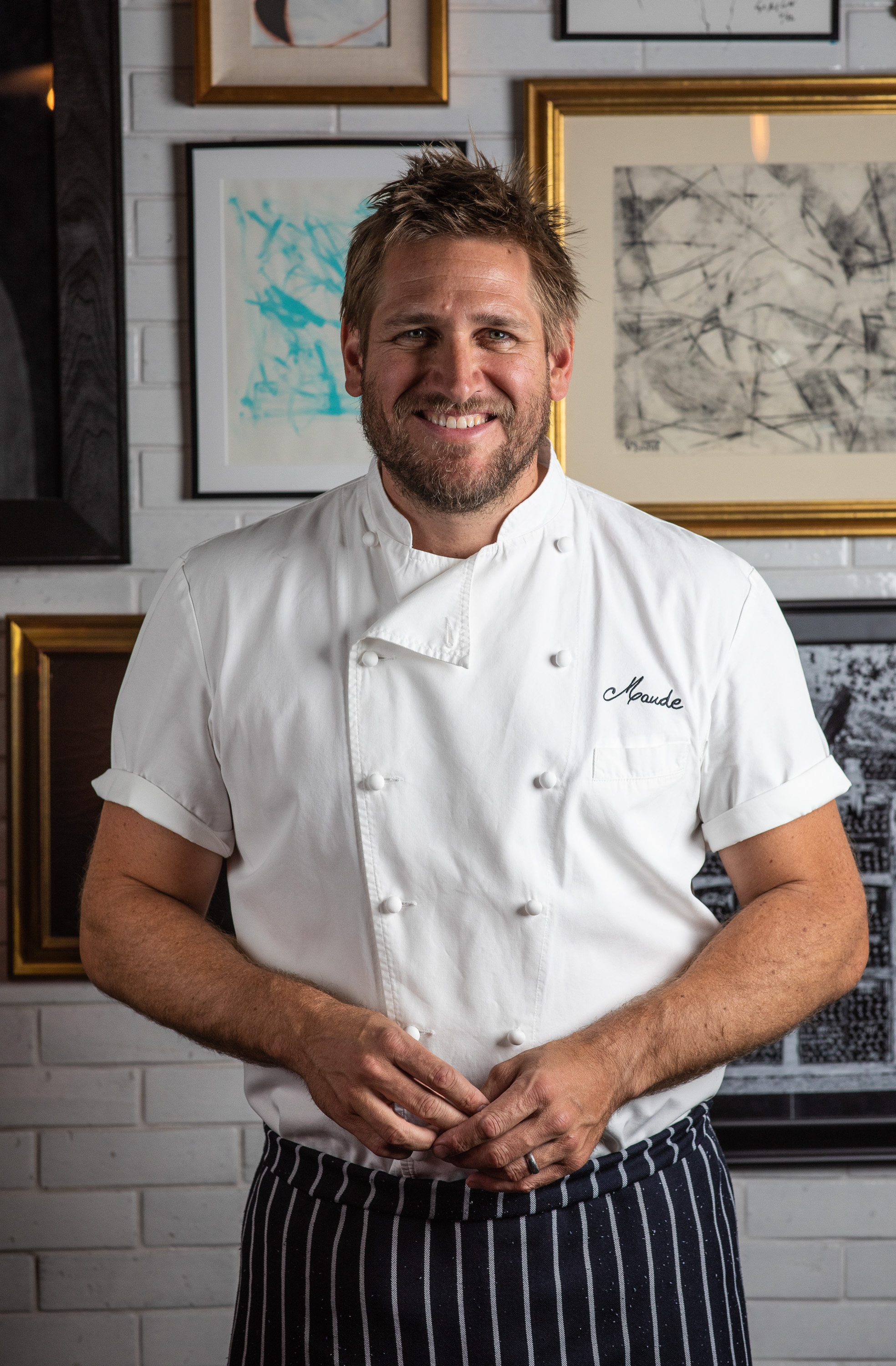 Curtis Stone is an Australian celebrity chef based out of California but his culinary career is not geographically defined. His global adventure started out in London where he worked for British chef and restauranteur Marco Pierre White for eight years before settling in Southern California and becoming an international culinary icon.

He opened his first solo venture in 2014 called Maude, a restaurant named after his late paternal grandmother who was his first culinary mentor. He further enriched the culinary scene by opening his second and third restaurant, Gwen – a fine dining restaurant in partnership with brother Luke Stone, and SHARE by Curtis Stone – a cruise-ship based luxury dining experience.

Although he’s not physically living and working in Australia, he’s a familiar face to grocery shoppers back home as the ambassador of one of the biggest Australian supermarket chains.

In addition to his passion for cooking, Curtis is also managing multiple projects including  cooking shows and writing cookbooks. Advance caught up with him to learn about his journey.

What made you leave Australia and move overseas?

My sense of adventure really.  Me and a mate went to Europe and after a few months of eating my way through several countries and experiencing the culture, I was dead broke.  I knew I wanted to cook.  I read Marco Pierre White’s White Heat and hoped I could get a job with him.  I walked into one of his restaurants and he had just fired someone.  I got a job on the spot and was with Marco for eight years.

Was there any particular reason you chose California to open your first restaurant Maude? What were the biggest challenges you faced during the start of the restaurant operation?

I met my wife in California and her career was in Los Angeles so it’s where we put down roots and started our family.  Southern California has phenomenal produce so I knew I would have access to the best ingredients setting up shop in L.A.  I had been out of the kitchen for several years by then, focusing on television and cookbooks.  Getting behind the stove again was challenging.  I love the creativity of cooking, but you forget how physically grueling it is – cuts, burns, and on your feet all day.

What surprised you most when you first arrived in California?

California really has everything within a couple hours of each other.  You can be in the surf in the morning then the mountains or desert by the afternoon.  I don’t think you realize that until you have the opportunity to experience it yourself.

What’s the biggest difference between Australian and Californian work culture in hospitality?

Both are fairly laidback.  I believe a chef should set the tone for hospitality in his restaurant and that’s what I try to do.  Not all guests are the same.  Some want to know about every ingredient and will drill you on technique or provenance.  Others just want to be left alone.  It’s important to get a good read on your guests so you can give them the service they want.  That doesn’t change whether you’re in Australia or California.

You’ve brought fine dining to the seas by opening SHARE by Curtis Stone. What inspired the concept?

An executive from Princess would dine with his wife at Maude frequently and one night he approached me about opening a restaurant on a ship.  I had a good think about it and toured a ship.  It was a big enough challenge that it really appealed to me.  We wanted to change the image of cruise dining and bring travelers fine dining at sea, not just at the ports of call, to make a meal that became part of our guests’ itinerary and memories.  With three restaurants in the fleet and dishes in the main dining room, I think we’ve succeeded.

What do you think about impossible meat (vegan-based meat)?

I think there’s a place for it.  Gwen, my restaurant and butcher shop in Hollywood, has strong relationships with purveyors raising pasture-reared and hormone-free animals.  They take their craft very seriously but not all meat out there is like that.  I understand the responsibility behind the choices we make in the food arena.  I think impossible meat is addressing some of those issues and some products are actually quite tasty.

What do you like most and least about your job?

I love cooking for people.  There really isn’t anything more satisfying than making delicious food and feeding someone.  The restaurants and my schedule can be demanding though it does take me away from my family at times.  Finding that balance is key.