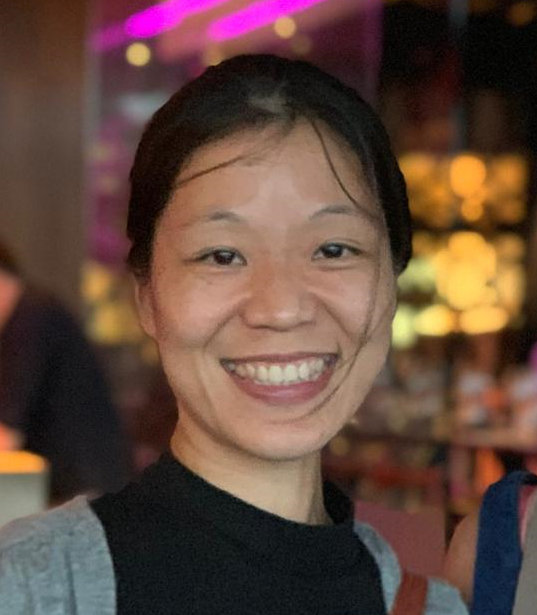 When Valeska was offered an opportunity to relocate to Jakarta for work in 2010, the timing was just right. She’s no stranger to the city as she used to live there when she was little and she was keen to re-establish the connection after she moved back to Australia.

Valeska is now the Country Manager of Meat & Livestock Australia (MLA) Indonesia based out of Jakarta promoting Australian beef– an opportunity came up after her tenure at the Australian Department of Agriculture in which she worked on the bilateral animal health program for four years in Indonesia.

Having joined the Australia diaspora in Indonesia since 2010, she is also witnessing the bilateral ties going from strength to strength; from challenging period in 2011 to the landmark free trade agreement which came to fruition in 2019.

Advance spoke to Valeska about her international adventure.

What made you move to Jakarta?

I have lived in Jakarta in my early childhood days and then moved back to Singapore and Australia in the 1990s. I was keen to get back and an opportunity came out when I was working for the Australian Department of Agriculture on its bilateral (Indonesia-Australia) animal health program in 2010 in Canberra. I was posted to Indonesia for the next four years, working alongside governments, livestock agencies and associations in-country on emerging animal health disease preparedness, control and response initiatives. This led to a broader interest on the livestock sector – particularly how government policies impact farmers, businesses and trade. Upon completing the first phase of the bilateral program, I had the opportunity to join Meat & Livestock Australia in 2015 in a primarily technical & market access role. The timing was fortunate in many ways as we had just come out of 2011-2014 which was a challenging period for Indonesia-Australia relationships in some regard, and into a period of economic growth for both countries which led to strong public/consumer optimism and confidence – which is still continuing to this day. My role has also evolved more broadly into managing the business development aspects, particularly around telling the Australian beef & cattle story.

What are some of the challenges promoting Australian meat in the international market?

Australian red meat is well-regarded internationally and consumers do look out for Australian beef as it consistently delivers on quality, safety and versatility. I think we can do more to tell the Australian red meat story, from paddock to plate, and pay tribute to the producers. In Indonesia, I find that the consumers – particularly mums – are looking for healthy, tasty and safe food options for the family – and through our True Aussie Beef campaigns, we do need to instil greater awareness about the nutritional benefits of eating red meat as part of a balanced diet. This is a work in progress in Indonesia with its low beef consumption of around 2,9 kg per capita per year but I believe that demand will grow as consumers look for the ”clean and green” offering that Australia can provide.

What’s the impact on Australian meat export to Indonesia following the signing of the Indonesia-Australia Comprehensive Economic Partnership Agreement?

The signing of the Indonesia-Australia Comprehensive Economic Partnership Agreement (IA-CEPA) signifies closer economic cooperation between the two countries. For the red meat sector, this would result in stronger trade partnership through further tariff removals, but more importantly I believe it would foster more extensive end-to-end value chain collaborations between Indonesia and Australia. One of the initiatives that is being undertaken at the moment is the Indonesia-Australia Red Meat and Cattle Partnership (IARMCP). The IARMCP aims to improve the long-term sustainability, productivity and competitiveness of the sector and with the IA-CEPA in place, there is greater certainty and clarity on how this can be achieved to result in mutually beneficial outcomes for both Indonesia and Australia.

What’s your advice for first time visitor to Jakarta to live like a local?

To take a break from the city bustle, spend the Sunday mornings experiencing the Car Free Day in Jakarta Sudirman CBD. Walk or bike along the main thoroughfare with thousands of other Jakartans and be immersed in the super energetic atmosphere. If you’re feeling touristy, the Car Free Day extends to the National Monument Monas and from there it is a short walk away to the museums dotted along the Old Town Square. I always end the Sunday rides with a stop at one of the many traditional noodle stalls/shops hidden in the alleys, or go upmarket and hang out at one of the boutique cafes in Menteng.

What’s your go-to places when you miss Aussie foods?

My staple is the One Fifteenth Coffee [run by a good friend of mine]: apart from their fantastic and spot-on Aussie style specialty coffee, they really do a mean smashed avocado on toast. For great pub food, I love the Potato Head. There’s also Toby’s Estate on the north side of Jakarta for weekend brunches.

I really miss being able to walk freely everywhere. Pedestrian paths are a rarity in Jakarta – although I can now walk down the main stretch of the Sudirman CBD. In Australia, there’s a park or a garden at every corner and not to mention the proximity to beaches.