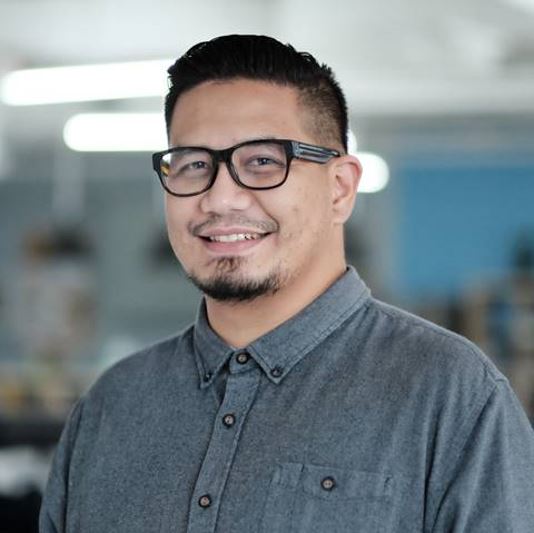 Barakalla Robyn has pursued his passion and career in the environment sector.  He’s the Sustainable Ocean Initiative & Climate Senior Program Lead at the World Resources Institute Indonesia (WRI) – an affiliate of the World Resources Institute headquartered in Washington, D.C. WRI Indonesia is an organisation dedicated to developing research-based solutions to address climate change and helping Indonesia to achieve sustainable development.

He is among many environmental crusaders striving to make a difference to our ocean – a vital treasure of our planet, covering over 70% of the Earth’s surface and providing home to numerous plants and animals. Yet overfishing and global warming have set the ocean in a bleak future.

Having completed a master’s degree in Environmental Engineering Management at the University of Technology, Sydney, Barakalla returned to Jakarta and shared with us how he has followed his passion for environmental sustainability and protection.

Can you tell us what you do?

When I first started this job, I worked on the  Low Carbon Development Initiative supporting the National Planning Agency in achieving a low emission development plan based on System Dynamics as well as Spatial Dynamics modelling. With previous experience studying the marine realm, it made sense for me to join the Ocean team while WRI Indonesia was also keen to expand its ocean portfolio. So here I am leading both the Climate team as well as Ocean portfolio at WRI Indonesia.

What drew you into an environmental career?

This can be traced back to my childhood . Since I was a little boy my mother would always teach me about animal protection and compassionate conversation. She also taught me about the interactions between predators and preys in a marine ecosystem. The seeds of these concepts have planted to me since I was young which eventually led me to the path following my passion. I had chosen to attend the Physical Geography and Environment course at the Gadjah Mada University Yogyakarta and this was my first step towards landing my environmental gig!

Can you share one of the threats to oceans that will blow our mind?

The fact that the world is covered with oceans more that land alone blew my mind. We humans tend to assume that the most important things lays in front of our eyes and are in our daily life. Probably some people would prefer a huge chunk of the ocean rather that losing their smartphones. This is the challenge, how to bring the huge issues in environment and conservation to people’s daily life around the globe. Massive change in human behaviour could do a huge favour for earth.

For ocean itself, since I am also involved in the climate world, the last United Nations Framework Convention on Climate Change (COP24) in Katowice, Poland still had a limited amount of ocean talks, despite ocean being our climate regulator. Also not forgetting to mention the fisheries issues relating to food security and the modelling data that states in 2048 our ocean would be fishless due to over consumption of fish. Again, it all comes back to how we treat our earth, ocean and beings that lives within. A change of behaviour is one small step with huge long term impacts.

How would you describe your study experience in Australia?

To give you all the illustration of my time living in Australia, I would easily say “I would definitely go back and live there anytime any day”. I had the best time on both studying and   working in Australia. I loved the people, culture, and the multicultural blend that makes Australia as it is now. A plus point for me personally was the way Australia deal with its environment and animals. I have worked in one of the environmental consulting agency in Sydney and we had a project in Cooma on saving the endangered Grassland Earless Dragon (Tympanocryptis pinguicolla). Back in Indonesia, huge species such as the Sumatran Tigers (Panthera Tigris Sumatrae) are being poached. I’m always in  awe of Australia– a country which has strong commitment to environment protection.

In your opinion, what can Indonesia learn from Australia about sustainability and vice versa?

In my previous job at Conservation International Indonesia (CI), I was leading an initiative to study the threats by blue carbon –  the carbon stored in coastal and marine ecosystems. I was given the opportunity to present CSIRO the blue carbon project that CI was working on in  Kaimana Regency, West Papua, Indonesia. I was also involved in the International Partnership for Blue Carbon, an initiative put forward by the Australian government’s Environment and Energy Department. I would like to see the bilateral collaboration efforts to go from strength to strength, with closer and stronger research partnership mitigating the threats of climate change.

What are the biggest challenges promoting the initiatives of World Resources Institute Indonesia?

WRI Indonesia was established in 2014 and relevantly new compared to the other big NGOs in Indonesia. Our approach is “Count it, Change it, Scale it”. Our Sustainable Ocean Initiative is a relatively new project  so we strive to establish a more collaborative effort with partners to find ways to better project our Ocean.

I am very a simple person, so waking up in the morning, strolling in Darling harbour with a cup of cappuccino is what I miss most. Also the mild weather is one thing to miss. But apart from all of that, it’s the people that makes the city alive. I still visit Australia with my family once in a while, but it is surely different than those times when I lived there. Aussie Aussie Aussie oi oi oi!