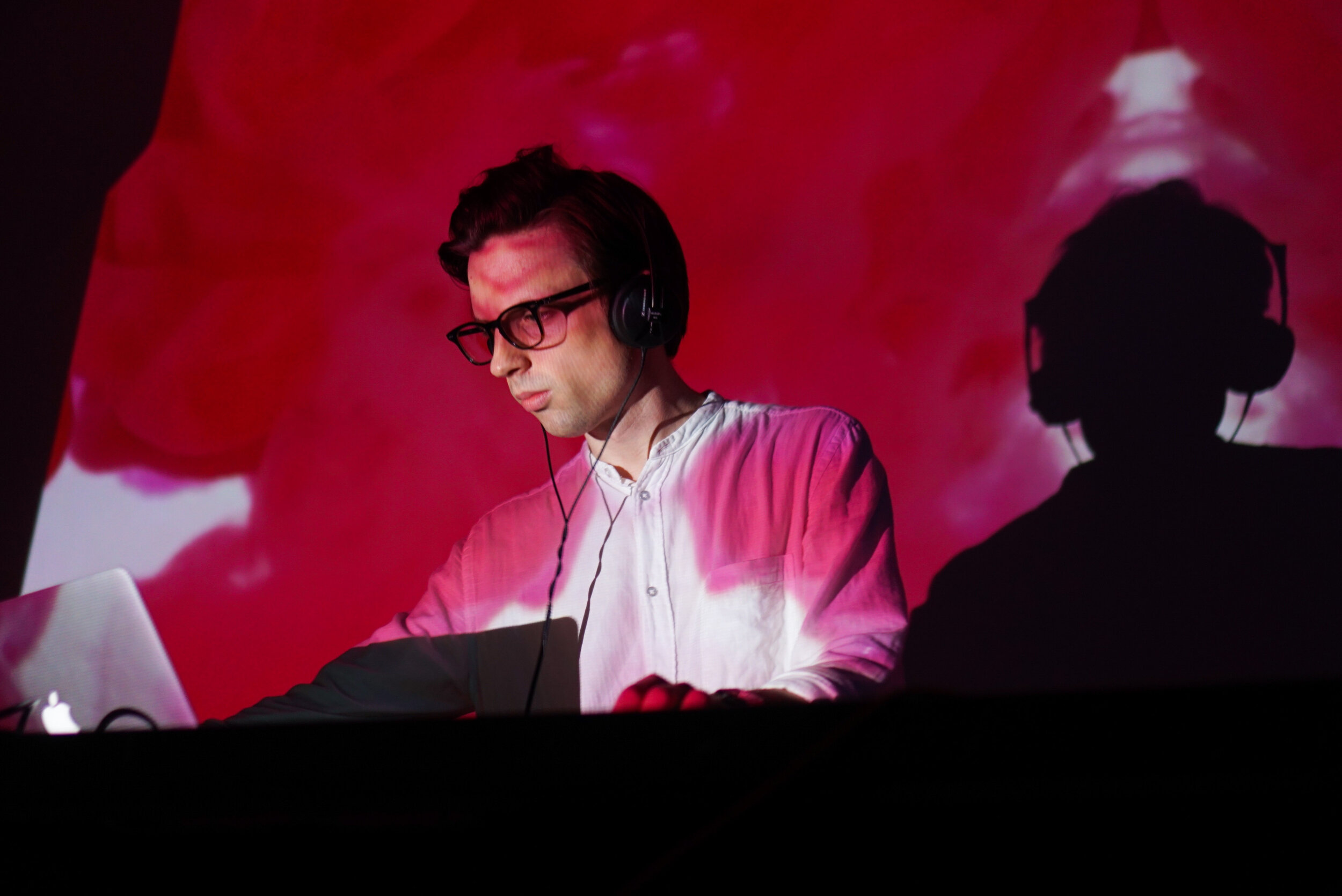 Marty Hicks, a Melburnian pianist, composer and sound artist, decided to relocate to Tokyo in 2015 to begin a new chapter in his musical career.

Having been brought up in a musical family, choosing to pursue his studies in Tokyo solidified his determination to make waves in the music scene in Japan.

As an expat artist, Marty has been afforded a variety of opportunities that may not have been offered in Australia, including the opportunity to present music for an exhibition held in a converted old traditional Japanese house, and hearing his own work performed by a live orchestra at a concert in Tokyo.

We spoke to Marty about his creative journey in Japan.

How long have you been in Tokyo?

Any reason for choosing to base yourself in Tokyo rather than other Asian cities?

After encountering Japanese through music at a young age, I started formally learning it after I graduated from The University of Melbourne, and after enjoying it enough to get somewhat proficient at it I decided to try living in Japan. After a short trial stint in Kyoto I made up my mind to try using the language skills I had learnt and become a MEXT scholar – a Japanese government-sponsored research scholarship – in 2015, and managed to enroll in a Masters course at Tokyo University of the Arts, where I majored in composition for film, animation and various media projects. My choice to live and study in Tokyo was mainly due to its diversity in music culture and the fact that it was home to Tokyo University of the Arts, from which a number of well-known Japanese musicians and artists had graduated.

Have you always wanted to be a musician? What drew you into a career in the music industry?

I’ve more or less been involved with music since I was a child, so ending up pursuing it as a career was something that just happened naturally. My father is a working musician, and after having started piano lessons at the beginning of primary school I was then sent to a high school with a strong music program that presented me with a lot of opportunities to experience what a musician’s lifestyle is like – gigs, rehearsals, and even touring overseas. After entering university and then going out into the world, meeting a lot of inspiring musicians over the years, hearing great music, and witnessing the freedom of expression that creating music allows you was enough for me to think, yep, I want to keep doing this for the rest of my life.

What are the biggest challenges working as a freelance expat musician?

Moving to a new location and building a network from scratch is one of the hardest challenges for any freelance worker, I think. In Japan in particular it can sometimes take a lot of time and effort to push past the ‘acquaintance’ threshold and establish close relationships with people, but once it happens you end up forming lifelong bonds. Another tricky part about playing music in Japan is that when booking a gig at most venues, you essentially have to pay a fee to ‘hire’ their space, and you go into the red if you don’t make that fee through ticket sales – a lesson I learnt the hard way after being asked to fork out around 1500 yen (around $20 AUD) when I was on my way out the door after playing a gig.

What are the biggest highlights of your career?

I’ve been fortunate enough to have a plethora of memorable musical experiences over the years. One from Japan that springs to mind is being involved in the closing event for an international exhibition of photographer Robert Frank’s works, where I was responsible for composing a long-form electronic sound work that also involved dancers and a lighting technician. I worked with a filmmaker for an exhibition last year that took place in an art gallery that had been converted from an old traditional Japanese house, located in an isolated mountain village in Niigata in the middle of winter. Hearing my music echo through the silent landscape was an experience that’ll stay with me for a long time. Aside from that, finishing work on my first feature-length film score, and releasing an album and EP on both local and international labels have been some recent highlights.

What’s the beauty of social media for musicians and how has technology affected the music industry?

Having a platform to share updates, information and samples of your work that is easily accessible for everyone is a great asset to musicians. While churning out content in order to compete for visibility on social media can be a chore and tends to promote the dangerous imbalance of quantity over quality, the flipside is that you can easily create and manage an interactive portfolio essentially for free. You can communicate with listeners, and they can communicate with you – it’s a nice thing to feel like you’re engaging with a community that shares your interests, no matter where in the world everyone lives.

Technology has influenced the music industry in countless ways, for better and for worse. Advances in technology have led to exciting things like music & sound art that incorporates AI and machine learning, and improvements in sampling and computer plugins now allow us to use a computer to create music that is nearly indistinguishable from studio recordings. On the other hand, from a consumer perspective, music streaming providers and other subscription-based services have given people immediate access to an enormous library of recorded music for only a small fee, without considering the implications – financial, ethical, artistic or otherwise – for the artists making that music. Being able to access such a broad variety of music at the click of a button is a momentous step forward in many ways, but there are a lot of questions being raised about what that does for the commercial value of music itself.

Most memorable performing experience on stage?

I did two performances with my own musical project, Mooncalf, at the Melbourne Recital Centre in 2015 and 2016. They both stick out as incredibly memorable moments in my musical career – presenting a program of my own music at such an esteemed venue and witnessing the reception it got was a once-in-a-lifetime kind of experience. Although not directly related to performing, earlier this year I was able to hear a piece I had written for orchestra performed live as part of a big collaborative concert in Tokyo. It’s rare to have an entire orchestra at your disposal, and hearing music that you’ve really only heard inside your head up until that point come to life is something truly special.

Probably just being aware of vast cultural differences! It sounds obvious, really, but I keep coming back to the fact that I have to remember that my cultural background informs how I speak and express myself in a big way – knowing how to speak the right Japanese for the right situation isn’t quite enough; you also have to know what not to say and when not to say it. There are a lot of hierarchies in Japanese culture, and the multi-tiered tones of speech in Japanese reflect that. Certain aspects of Japanese culture that have been around for centuries, such as its homogenous nature and the sense of responsibility toward one’s work, inform an individual’s choices of words; whereas in Japanese you may be understood better by what you refrain from saying, or using oft-repeated expressions to make some kind of acknowledgment and maintain the status quo, speaking in English requires clarity and a certain amount of insight (for the most part). When I feel the need to speak up about something here, even if I feel like I’m being overly polite I’m probably also being uncomfortably assertive. It’s hard enough to express yourself clearly when speaking in English, but when trying to do it in a language like Japanese, you have to rewire your brain completely and try to understand what you’re saying from a cultural perspective as well.

Your go-to cafes/restaurants for great (Australian) coffee and food?

Tokyo and other major cities in Japan have had an influx of excellent coffee shops springing up all over the place – one has only to visit the biannual Tokyo Coffee Festival to get an idea of just how popular third-wave coffee culture has become in the city. It’s hard to narrow it down to a few, but some favourites are Little Darling at the beautiful Share Green Minamiaoyama, and Bundan Coffee & Beer. Melbourne coffee at Frankie eases homesickness, as does the award-winning flat whites at Paul Bassett. In terms of food, there’s a place called Indian Canteen Ami just down the road from where I live that has recently become one of my favourite places to eat. I’m also always on the look out for good vegetarian places – a vegetarian ramen joint called Shaka in Shinjuku has become a recent go-to for me.