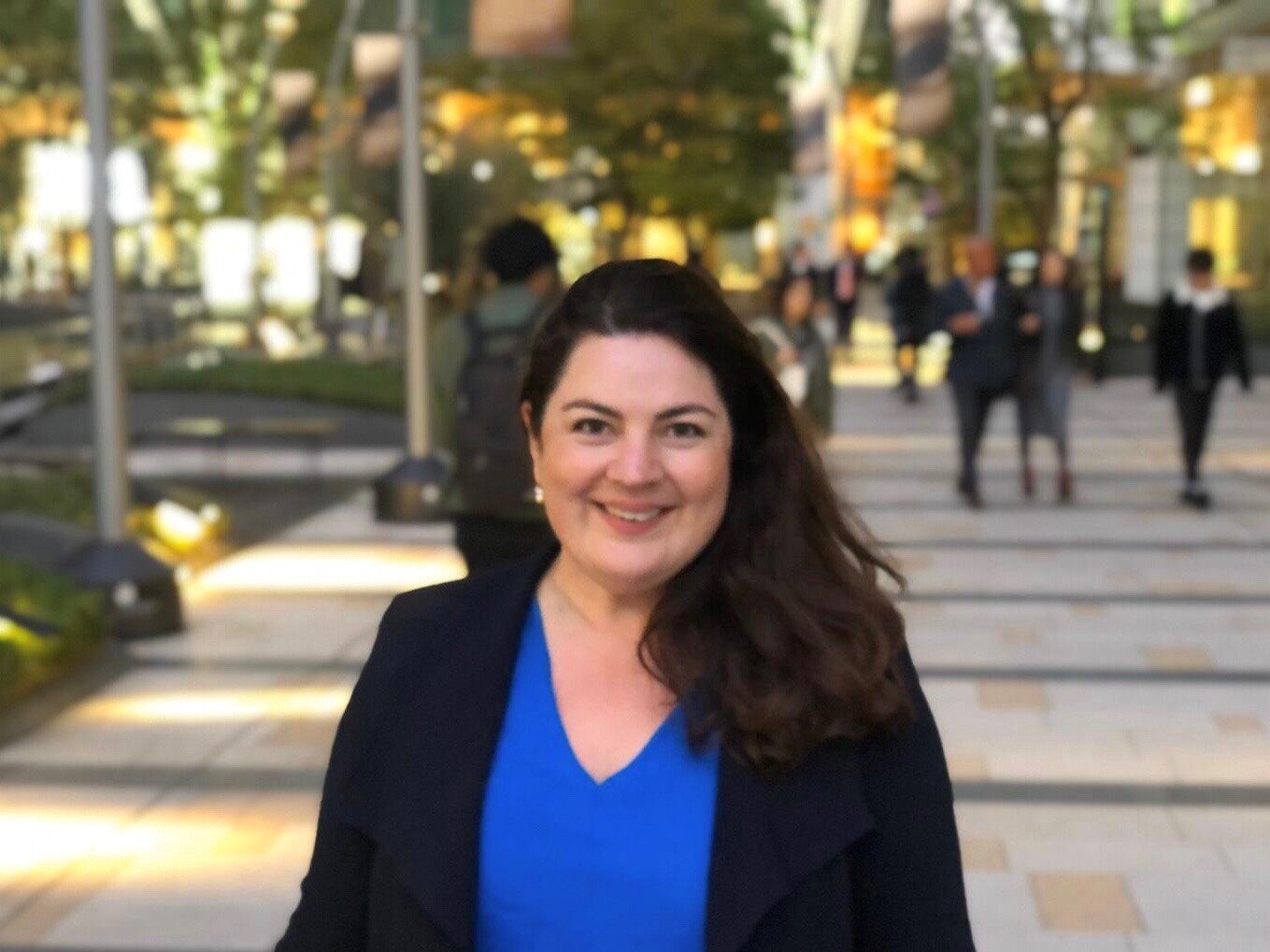 Elizabeth Cox first immersed herself in the Japanese culture at the age of 12 when she learned the hiragana script. This was a small but significant step paving the way for her leaving Australia for Japan to start her career, which later turned into a destination she’s called home over three stints in the past 20 years.

Elizabeth is now the Head of Government Relations, Asia at Macquarie Group, helping the organisation to connect and build relationships with stakeholders, local government and wider community.

Having lived and worked in London, Hong Kong and Sydney before moving to Tokyo – a city that’s known for its energy and culture of innovation, she talks to Advance about how her global career unfolded – and why advocacy is essential for corporates making a positive impact on society.

One thing I love about my job is the infinite variety – no two days are ever the same. A typical day includes internal and external catch-ups on upcoming projects, engaging with government representatives and policy makers through meetings, public forums and contributing to the advocacy work done by industry groups and governments across Macquarie’s 11 markets in Asia, and additional markets where we are seeking to build a presence.

A lot of this is accomplished from my base in Tokyo, but I travel to spend time with the local teams too – nothing beats face to face communication.

How does advocacy and government relations help corporates to create a positive impact on society?

As a listed financial institution operating in highly-regulated industries, we have a responsibility to our shareholders, clients, counterparties and employees to understand and contribute to public policy and to ensure that our organisation and operating environments are well understood by those in governments across the markets in which we operate.

What’s the most challenging part of your role?

Asia is a diverse and complex region – no two markets are the same, so you really need to take the time to learn about local culture and operating environment.

Since the region I cover includes 14 offices over 11 markets in Asia, physical distance can sometimes be a challenge, but recent advances in workplace technology definitely help me to be mobile.

You have extensive experience in corporate communications, in what way does it help you to make a transition to government relations?

I’ve had a fairly broad corporate affairs career, which has included various public affairs roles at several organisations along the way.

I think the communications and government relations disciplines are intrinsically linked – both share the common goal of increasing understanding amongst stakeholders. Increasingly companies need to define their narrative and communicate it proactively to a range of stakeholders across many channels.

What is it like working in japan? How is it different from London and Hong Kong where you previously based yourself in.

I started my career in Japanese companies and have been captivated by the Japanese language and culture ever since I first learned the hiragana script at the age of 12, so working in Japan doesn’t feel as foreign to me as it probably should!

Every city is different but for me, the biggest difference between my previous bases in London, Hong Kong and Sydney, and in Tokyo, is the language of business (Japanese rather than English). However, I love the challenge of using my second language daily. The growth of Macquarie’s Japanese renewables business has meant I’ve had to learn a variety of new energy-related terms which weren’t really part of the lexicon 10 years ago.

I’ve had the advantage of great mobility with Macquarie, having been based in four cities over 12 years with the company, so that’s been the constant through all my moves and roles, and a touch of home in every place I’ve lived.

What surprised you most when you first arrived in Tokyo?

The atmosphere – I’ve been living in and visiting Japan for 20 years now and when I moved back to Tokyo in August 2018, I noticed a real energy and sense of opportunity here, which has really been showcased by the excitement surrounding the recent Rugby World Cup and next year’s Olympics.

In terms of the investment opportunity, Japan remains the world’s third largest economy, with a population of 127 million possessing significant purchasing power. Additionally, some of the world’s largest financial institutions and pension funds are based in Japan, boasting a huge capital pool increasingly looking to access international investment opportunities, with a growing focus on ESG-linked investing.

Demographic considerations, such as the country’s aging population, certainly present a huge challenge but also potential opportunities across a broad range of sectors including infrastructure, life sciences, healthcare, and technology. These same demographic changes are accelerating outbound investment by Japanese companies due to a shrinking domestic market, and also opening them up to international investment in the sectors listed above, due to the immediate need for innovation.

Your recommendation of restaurants/ cafes that first time travellers cannot miss in Tokyo?

I could fill pages on this topic! Tokyo is basically food paradise, and it would take a lifetime to visit all the restaurants on offer. Sticking to recommendations in my neighbourhood in Shibuya, Kaikaiya by the Sea is a favourite of mine, or Narukiyo, a lively izakaya serving delicious and innovative dishes.

Try Kawakami-an in Aoyama for fresh soba noodles and tempura. Another favourite is OUT, a truffle pasta restaurant run by an Aussie chef. The Tokyo coffee scene has come a long way in recent year – Sunday coffees at Higuma in Omotesando or Tiki Coffee at the UNU Farmers Market and during the week, Tinto Coffee in Shibuya is definitely worth a visit.