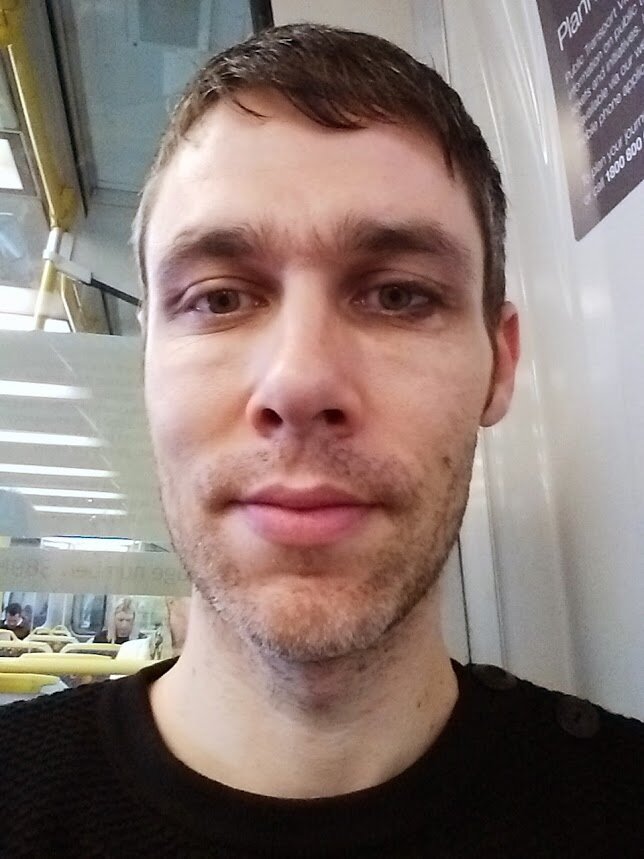 Originally from Melbourne, Alex Daniel is on a mission to transport the aroma of Australian coffee to Tokyo since 2015. He founded Frankie , an independent café in Tokyo that specialises in espresso-based coffee – an ambition to add vibrancy to the existing coffee landscape in the city.

And it was not the first time he left home for Tokyo. Back in 2013, Alex had a two-year stint in Tokyo honing his ramen making skills before opening Little Ramen Bar in Melbourne – a business now managed by its new owners.

He is now splitting his time between Tokyo and Melbourne as he has also opened another food business Poppy & Seed Bagelry serving up fresh Bagels and coffee.

We caught up with Alex to talk about his passion for coffee and his vision of adding colours to the existing coffee landscape in Tokyo.

How long have you been in Tokyo?

I first lived in Tokyo around 12 years ago, for around 2 years. I briefly returned in 2013 to study Ramen techniques in anticipation of opening Little Ramen Bar in Melbourne. I again returned in 2015 to research the café scene and open Frankie Melbourne Espresso in Shimokitazawa.

I’d say over the last 12 years I have spent 5 years in Tokyo.

Was Tokyo your first choice? Any reason for choosing to base Frankie in Tokyo rather than other Asian cities?

I had considered both Hong Kong and Tokyo. At the time my research showed they were both on the verge of embracing specialty espresso coffee and independent café culture. Tokyo was chosen over Hong Kong mainly due to the stability of commercial leases. Tokyo was not without challenges, however the rental stability (and political stability) made it my choice.

The Japanese love their coffee – it is a staple here just like it is the world over. Most of the coffee served in Japan is batch-brew and pour-over coffee. Espresso is often only available from major chain stores who depend on very large sizes, high sugar content, flavour syrups, whipped cream and other novelties to sell their drinks. This style of espresso-based coffee does not appeal to me as a Melbournian. I am accustomed to a high standard of espresso that is difficult to find in Tokyo.

When researching the scene a few years ago I perceived a lack of appreciation for what we value in Melbourne – quality beans, expertly roasted and blended, extracted with care by a qualified Barista to form the base of a small, well-rounded cup of coffee that packs a punch. I am hoping to change that, slowly but surely.

How is it different from Melbourne?

Tokyo café culture differs from Melbourne in many ways. Notably, in Melbourne a café is either a place to quickly stop and grab a coffee on the go, or a social place where you spend time with your friends.

In Tokyo a cafe is where you go when you want to be alone or are delaying going to where you should be going! At most cafes in Japan, paying for a coffee means you are really paying for the space to sit, not for the quality of the drink. People use a café as a place to study, to work, to sleep, to play a game on their phone, to avoid going to the office, to avoid going home, to get some alone time – it’s the exact opposite of what we do in Melbourne.

Frankie is different from a Japanese café. We pride ourselves on the coffee we serve and the way we interact with our customers. Frankie is not a place to sit for hours and study, it is a place to enjoy coffee and enjoy the company of others.

What’s the most popular coffee/ food at Frankie?

Our traditional Melbourne-style coffees are what brings people back to us time and time again. Our “double-shot latte” is the top selling coffee, which is strong and small. Another favourite is our fresh leaf chai latte, made with Prana Chai from Melbourne and topped with a sprinkling of secret spices we make ourselves.

This is complemented by our savoury Banana Bread – it’s another Melbourne café staple. Thickly sliced, toasted and served with butter.

How has your experience been, living and working in Tokyo?

Wonderful! Tokyo is a fantastic city to live in. There is a great community here and the cost of living is comparable to Melbourne. Transport is convenient, there is what seems to be an infinite number of great places to dine out, and it’s very safe.

Business in Tokyo is a bit more challenging. As someone who has operated many businesses in Australia, it is difficult to adapt to the “Japanese way”. Australians make deals and are open to compromise to get things done. In Japan, things are done by the book, regardless of whether the book seems relevant or not! This lack of flexibility was the hardest thing for me to work through and is a common issue amongst the expat community and business owners.

How do you split your time between Melbourne’s Little Ramen Bar and Frankie in Tokyo?

Little Ramen Bar is no longer mine – it has been sold to new owners. I started another café in Melbourne in 2018. Poppy & Seed Bagelry – serving fresh Bagels and coffee.

Lately, I travel between Melbourne and Tokyo a few times a year. Poppy & Seed Bagelry has now reached stability I will be returning to Tokyo again to expand Frankie and explore opportunities.

Does having a business in Melbourne in any way help your adventure in Tokyo?

We have a barista exchange system in place that provides opportunities for our Melbourne based staff to spend some time working in Tokyo and vice-versa.

We are also able to adapt to trends quickly by exporting new ideas and products from the Australian market to Tokyo.

What’s your favourite thing about Tokyo?

The food! Tokyo street food has so much to offer (unless you’re vegan) any time of day or night. Within a few minutes’ walk from Frankie I can enjoy an amazing variety of dishes, from ramen to okonomiyaki to yakitori to soup curry. Nowhere else in the world is there such variety and value for money.

There are reasons for the way things are done even if you’re not aware of them, so don’t stress about things you can’t change.

Besides Frankie, what are your go-to places for Australian food?

I don’t seek out Australian food in Tokyo since I’m back in Melbourne for half the time!