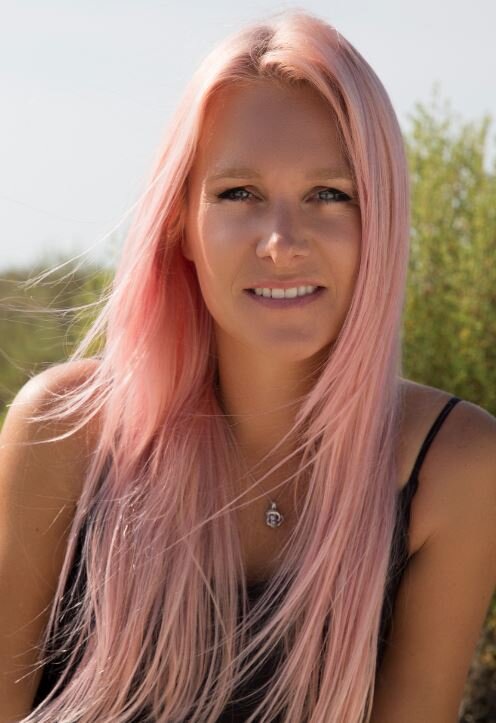 Nancy Paton is spreading positive vibes through her camera lens.

She’s an Abu Dhabi based filmmaker, director, producer, screenwriter and founder of Paton Productions – an independent film development and production company that has produced multi award-winning projects including the screenplay Daisy which had earned multiple accolades on top of a number of award nominations.

From Sydney, New York, then London and now calling Abu Dhabi home, Nancy is an adventurous creative professional who craves for the unexpected.

“I guess the thing I enjoy most about filmmaking is developing a new world which hasn’t been explored and then bringing it to life with a talented, creative and passionate cast and crew.”

We talk to Nancy who’s at the forefront of enriching the cultural scene and providing audiences a window into the world of new ideas through her films.

What made you choose to base in Abu Dhabi?

I love traveling as I get to discover new countries and cultures. I am blessed with two passports, due to being a daughter of immigrants, therefore when my American visa ran out, whilst living in NYC, I relocated to London on my Polish Passport. London was never a place I wanted to visit let alone live. I always preferred more exotic, untouched destinations, such as Zimbabwe, Papua New Guinea, Saudi Arabia, however London is where I met my husband therefore, I will be forever grateful that I didn’t fight my gut instinct and went there.

I always knew I wanted to live in the Middle East due to growing up next to a mosque in Lakemba Sydney and having many Muslim friends growing up. When my husband got offered a job in Saudi Arabia, I was so excited that finally I would get the opportunity to immerse myself in the Middle East. Initially the plan was to only stay for four years however whilst in Abu Dhabi on a vacation, we decided that we would make it home for our family, as soon as we could. It has something from every city that I have called home, at some point in my life, and I guess that is why I want my children to grow up here.

How long have you been involved in the filming industry?

I did theater from the age of 5, however it wasn’t until I started at Newtown High School of the Performing Arts in Newtown Sydney that I started working in TV and Film.

I am so blessed that I love everything about it, but I guess the thing I love most is developing a new world which hasn’t been explored and then bringing it to life with a talented, creative and passionate cast and crew.

Where were the biggest challenges you’ve come across in your career?

There have been and still are many challenges in my career.

Making films cost money therefore getting funding has to be the biggest challenge I face on a daily basis. At the start of every project I do I have a vision and I can see the best way to execute it, however, when working with people who only deal with numbers, it can be hard to make them see why that vision costs so much and how it will benefit them and the world we live in today.

Why is film such a powerful communications tool?

I love books and I wish I could say that books are the most powerful communication tool however with so many languages around the world and with so many people still being illiterate and/ or not being able to focus for as long as it takes to complete a novel, film, being a visual medium, that is accessible now on our phone anywhere in the world, has become a powerful communication tool that is accessible to all.

I remember watching The Lives of Others, in a hotel room in Germany, without any subtitles and loving it. I then went out to buy a copy of the film with subtitles, and watched it again, as I wanted to understand more of the film. However, I did watch the entire film in another language and in some odd way understood and loved it. This is just one of many films that I have watched this way and so I feel that if a director has created a captivating world with its cast and crew, the audience will watch, understand and love the film, even if it is in another language.

What makes a movie powerful?

A powerful movie is one that makes you think for days on end about something you haven’t thought of. It makes you question; it challenges you. It changes you and your perception on life. It makes you grow. How this is created, well I guess that’s a filmmaker’s secret, but let’s just say, it takes a whole team to create this type of magic.

What’s the most memorable movie you’ve watched and why?

This is a hard question, as I grew up watching films in my spare time, and so have seen nearly every movie under the sun and have many films, in every genre, that I could watch over and over again. Here are seven films off the top of my head that have made an impact on my life; The Devil’s Advocate, I Origin, Interstellar, Gorillas in the Mist, Memento, Twelve Monkeys and The Fountain.

What’s a non-negotiable for you?

A film is made by a team of people working long hours for months on end without a break. When you put the right team together, they become a family. They all want to make the best film possible and this is only possible with trust, honesty, passion and hard work, none of these are negotiable for me on a film set.

Your recommendation for picturesque spots for first time visitors to Abu Dhabi?

The thing I love most about Abu Dhabi is that there are over 170 islands and so it’s a perfect place for boating. My favorite spot is near Dolphin Island where the water is turquois blue and the backdrop is The Presidents Palace with the Abu Dhabi city skyline behind it. It is a truly magical spot during the winter months, when the sky is clear, and the dolphins and Dugongs are there. You feel like you are in the Maldives but still part of a thriving city like London or New York.